Over the past six years, farm incomes have gone down 44 percent. Mother Nature added additional obstacles this year, leaving more than 1.5 million acres of fields unsown. This isn’t the first year that farmers have had to overcome harsh field conditions, and it won’t be the last. Recently, however, EPA bureaucrats increased the burden on farmers and rural America. […] 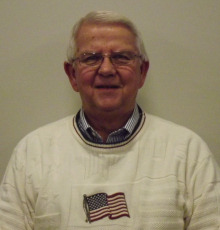 Five candidates are seeking one position as Licking Township Trustee. One, three-term trustee Joe Hart, stands out. First full disclosure: This writer first met Joe Hart while covering Licking Township Trustees meetings for The Beacon. His election brought new vitality to the Board of Trustees and we have become good friends, particularly since I was elected a trustee in neighboring […]

Category Pages are limited to 90 days. Please use the archive page or the search box to find older articles.
Weather
Buckeye Lake
January 26, 2020, 1:28 am