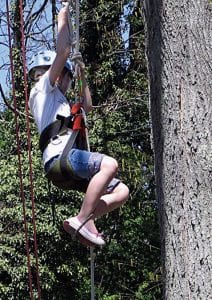 JACKSONTOWN – Things really couldn’t have gone much better for the Dawes Arboretum last weekend-the weather was picture perfect for its annual Arbor Day celebration and, for the first time, the festivities were sponsored. Laura Appleman, Dawes’ public relations director, said the Energy Cooperative sponsored this year’s event, which hosted roughly 3,500 people Saturday. “We’ve never had a sponsor for Arbor Day before,” she said, adding this year boasted the best weather she can remember for the last five years.

Many favorites returned this year, such as the annual tree climbing event, and the Energy Cooperative brought in an electric vehicle and a demonstration of how power lines work and are serviced.

According to the Nebraska State Historical Society, Arbor Day began inauspiciously as one of several efforts to encourage the planting of trees in barren Nebraska. The State Board of Agriculture offered a prize of $50 for the best and largest grove of timber planted in 1870, and $25 for the second best and largest. Also in the year of the first Arbor Day celebration, the State Boards of Horticulture and Agriculture each appointed two members to work together to prepare and present an address to the National Agricultural Convention asking for government aid in the encouragement of tree planting on the western prairies. 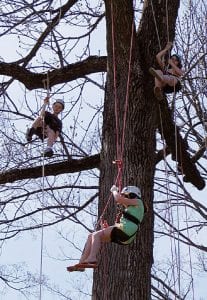 Resolved, That Wednesday, the 10th day of April, 1872, be, and the same is hereby, especially set apart and consecrated for tree planting in the State of Nebraska, and the State Board of Agriculture hereby name it Arbor Day.

There was some discussion regarding the name. A few of the members of the Board thought that “Sylvan Day” would be more appropriate than the name given in the resolution. Morton contended, however, that “Sylvan Day” technically would refer only to forest trees, while “Arbor Day” would refer to fruit trees as well. The resolution was adopted unanimously as its author had offered it. 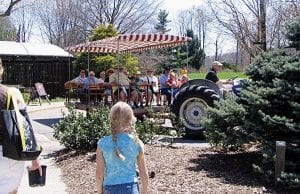 There is no record that Arbor Day was celebrated in 1873, but in 1874, the State Board of Agriculture passed a resolution making the day an annual occurrence, and designated the second Wednesday in April of each year as such. Later April 22, Morton’s birthday, was designated Arbor Day; the day is now officially observed the fourth Friday in April 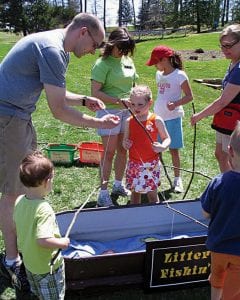 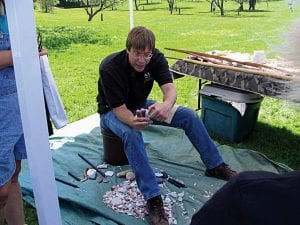 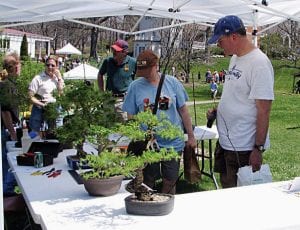