With the completion of the new dam late last year and thanks to a rainy March, Buckeye Lake reached full pool and more just three weeks after the reinstallation of the stop logs in the AMIL spillway in Buckeye Lake Village.

After reconfirming with ODNR this spring, full pool is 891.63 mean sea level. The top of the Seller’s Point spillway is 892.21 mean sea level. Buckeye Lake is automatically discharging water at around 892.20 due to wave action.

An new USGS stream gauge has been installed at the AMIL spillway. It replaces the old and increasingly unreliable gauge near the park office on Lieb’s Island. Current and historical data from the new gauge is available on-line at https://waterdata.usgs.gov/oh/nwis/current/?type=lake&group_key=NONE

Select the gauge called “Buckeye Lake near Watkins Island, OH” that appears at the bottom of the page.

Buckeye Lake was at 890.5 on March 1, when the stop logs were reinstalled. Full pool was reached on March 20. By April 1, the lake level was above the top of the Seller’s Point Spillway, ultimately peaking at just under 892.5. The level fell below Seller’s Point by April 8, but more rain pushed it above the spillway from April 15 to April 20. 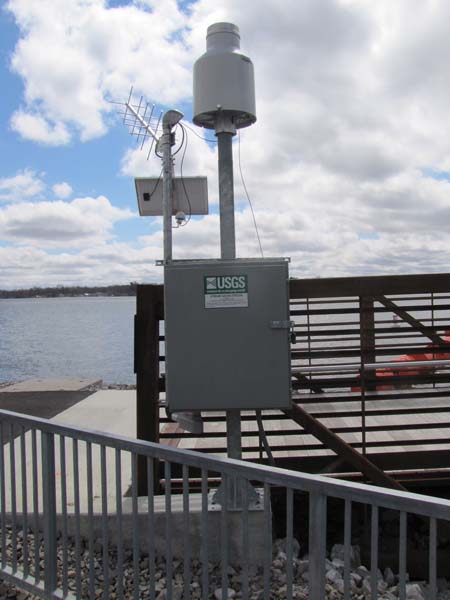 A new USGS stream gauge has been installed at the AMIL spillway in Buckeye Lake Village to monitor the lake’s water level. It can be accessed on-line for real-time and historical levels. Beacon photo by Charles Prince. 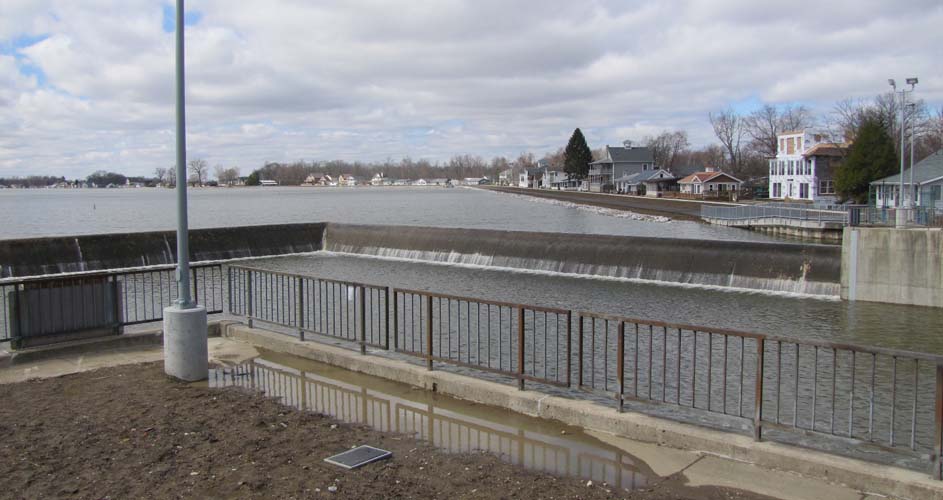 The lake level has exceeded the height of the Seller’s Point Spillway for about two weeks during April.  Beacon photo by Charles Prince.