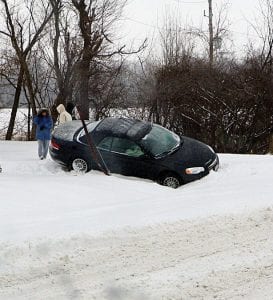 BUCKEYE LAKE AREA- Those who doubted the prediction of a major winter storm had a rude awakening Tuesday morning. The snow on the roads was so thick that snowmobilers easily zoomed through the heart of Millersport. As temperatures danced around freezing, the storm dumped nearly every type of precipitation possible- snow, rain, freezing rain and sleet. Driving was hazardous, as several local drivers learned the hard way, and the snow shovels were out in full force. 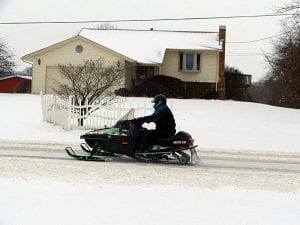 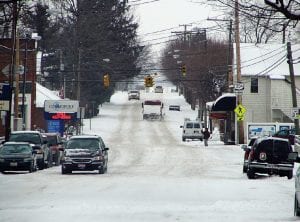 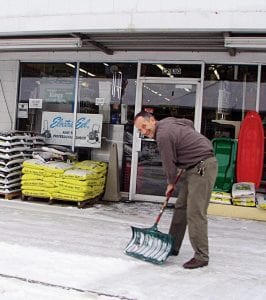