We Wish You A Merry KILOWATT 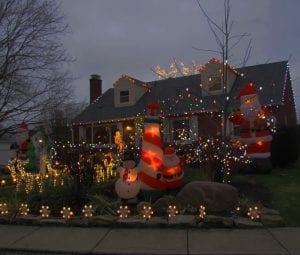 LAKE AREA– A Canal Street residence in Millersport definitely set the bar for neighborhood holiday lighting this year with a wonderfully electric display taking up nearly the entire property. But, all that holiday spirit wasn’t limited to Millersport, as other lake area residents, particularly in Hebron, expressed their enthusiasm for the season by shining their light(s) upon their communities.

According to highcountrylights.com, during the 1880 Christmas season, Thomas Edison introduced the first outdoor electric Christmas light display to the world. He displayed the lights outside of his laboratory compound, which sat near a railway where many people could see it each night. This was the first official outdoor Christmas display that was separate from decorating just the Christmas tree.

Edward Johnson, who was an inventor under the supervision of Thomas Edison, created the first string of Christmas lights a couple of years later. The string of lights was made out of 80 small electric light bulbs. In 1890, the strings of lights were mass- produced and department stores began displaying them in Christmas displays in their stores. Public displays of Christmas lights in retail stores and gover nment buildings became more popular in the U.S. at the turn of the 20th century and gave way to outdoor displays on homes a few decades later when the electric lights became more affordable. 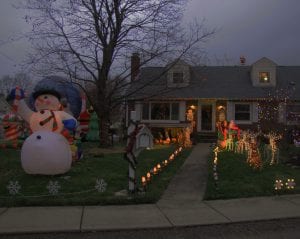 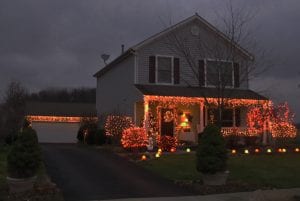 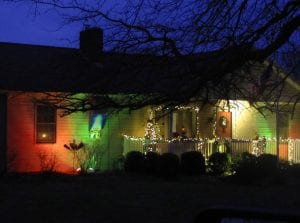 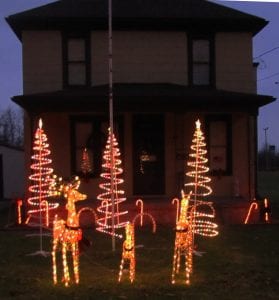 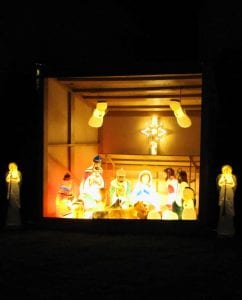 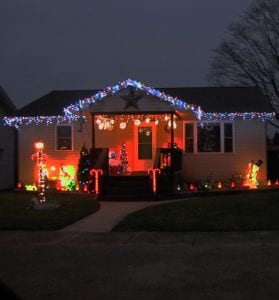