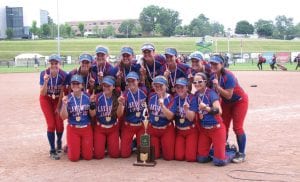 AKRON – “After we were 20 -0, I told the girls you might as well win them all,” coach Criss Nadolson revealed after Saturday’s 7-4 victory over LaGrange Keystone for the Division II State Championship. “It wasn’t easy,” he added.

“These girls set a goal,” assistant coach Craig Sheridan related at Lakewood’s victory rally Saturday evening. “We didn’t really talk about it, but they all knew.”

Last year’s 2-1 loss to Granville in the state final hurt. The Lancers came into the final with a 32-1 record including two regular season victories over Granville. No one beat the Lancers this season. The champions chanted “undefeated, undefeated” during the victory rally.

Both Akron games were hard fought. In the state semi-final, Akron Archbishop Hoban took a 1-0 lead in the first inning, holding it until the Lancers exploded in the 6th inning. Triples by Alexa Perry and Brenna Brownfield tied the game. Singles from Kristin Peacock and Courtney Vierstra made it 3-1. A double by Bray Wilson added another run. The final score was 4-1. 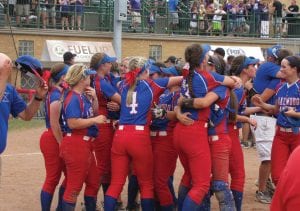 In the final game, Lakewood faced #2 ranked LeGrange Keystone who rolled over Hamilton Ross 18-0 in the semi-final. Keystone took a 1-0 lead in the first inning, but it didn’t last long. Once again, the Lancers exploded with runs. Kristin Peacock lead off with a single. She moved to third on two ground outs, then tied the game on Bray Wilson’s single. Singles by Olivia Martin and Courtney Knepper made it 3-1. Alexa Perry reached on an error. Then Kaitlyn Peacock hit a no-doubt homer well over the fence in left field, scoring three more runs for a 6-1 lead.

Keystone didn’t give up, adding single runs in the third, fifth and sixth innings. Singles by Alexa Perry and Kristin Peacock combined with two Keystone errors added an insurance run in the seventh inning. Final was 7-4. 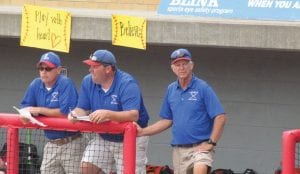 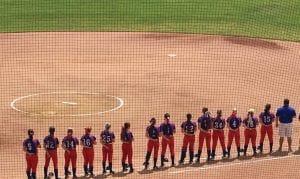 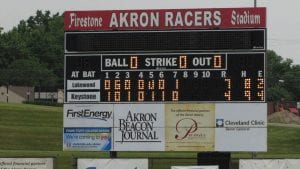