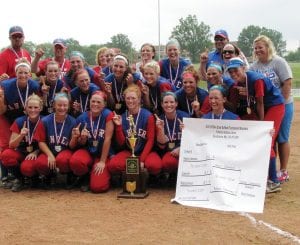 Her comment addressed low expectations in some quarters for a team that lost a star pitcher to graduation and moved up to Division II.

“We knew we could be a really good team on our own,” junior pitcher Alyssa Patznick added.

Their hard work and confidence in themselves lead to a 29-5 record and a third straight state championship. Freshman Kelsi Thompson demonstrated the team’s depth with a second inning homer over the left field fence in the championship game. Her homer turned out to be the only run in the game.

“They didn’t back into it,” Coach Criss Nadolson told fans at the championship rally at Krogers Saturday. “They beat the best.”

The No. 4 ranked Lady Lancers beat No. 3 LaGrange Keystone 8-0 in the regional semi-final. After a 12-0 mercy win in the regional final, Lakewood lost a 3-0 lead against No.2 ranked Greenville in the top of the sixth inning in the state semi-final game. Down 4-3, the Lady Lancers tied the game on a single by Brayan Gault and a triple by Chelsea Brewer. Lakewood retook the lead 5-4 on a passed ball and held it. 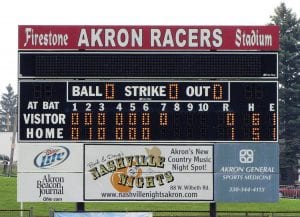 “I told you it would be a war,” Nadolson told players after the game. “We’ve got one more war.”

That war was with 30-1 No. 1 ranked Poland Seminary, owners of the longest winning streak at 25 games of any team at the state tournament. Rarely are Lakewood fans outnumbered, but Poland fans had a 2-1 advantage. Thompson’s home run toned down their support.

It was a tough battle with Patznick getting two of her four strikeouts in the top of the seventh inning. The Lady Bulldogs were true to their name, getting a two-out single before Patznick got a bouncer back to her for the final out at first.

“That was a great softball game,” Nadolson said after the game. “They fought hard and we were able to get out of some jams.” 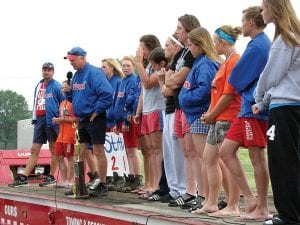 “Three years ago we (Lakewood) didn’t have a single girls title,” Nadolson said. “We don’t have any secrets. We just work hard.”

“I can’t explain three state championships except we have quality people and athletes,” Nadolson told fans at Krogers.

He called the fire engine ride through Hebron “the best ride in America.” 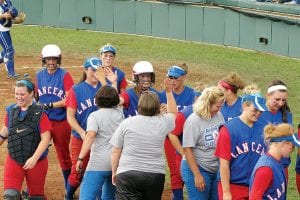 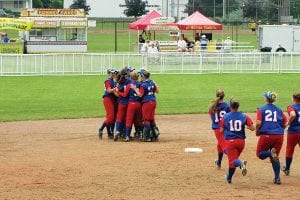 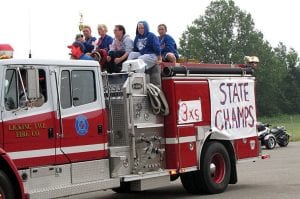 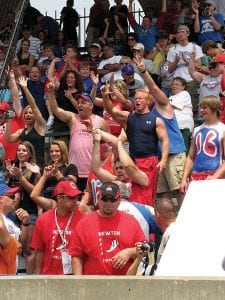 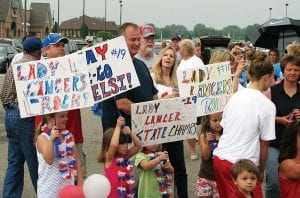