The Countdown is On 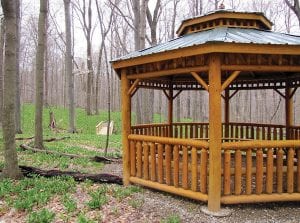 JACKSONTOWN – For most folks, Arbor Day really isn’t that big of a deal. Unless, of course, you work for an arboretum. “People ask when the deadline is,” said Dawes Arboretum Director Luke Messinger. “The deadline is Arbor Day.” Dawes crews are scrambling to finish several new projects that will be unveiled during Dawes’ Arbor Day celebration April 30, including a butterfly garden, a new woodlands trail complete with a gazebo, and a new phenology garden. Also, a massive new “power plants” display is set to open in June.

“Everything’ s coming together at once,” said Messinger. He said Dawes is working with the Lindorf Family Foundation, the Little Garden Club of Columbus, the Ohio Certified Volunteer Naturalists, the Master Gardeners, and Boy Scout Troop 33 to help pull all the projects together. “ This shows a real collaborative effort,” said Messinger. He said Dawes is always looking to provide visitors with new opportunities. The arboretum welcomed 250,000 visitors last year and had a particularly strong Maple Syrup Madness celebration this year with 3,000 visitors. “We’ll have all kinds of new things for people to experience,” said Messinger. 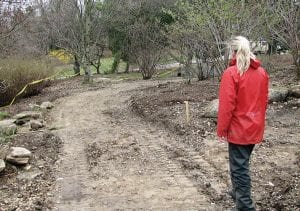 Dawes Display Gardens Manager Megan Ehrmin said a new butterfly garden that winds behind the visitors center should be ready by Arbor Day. “We’re trying to create an atmosphere,” she said. The new garden features a gravel pathway, bridge, and a small pond area all designed to attract butterfly species, as well as visitors.

Elsewhere at Dawes, Johanna Hall, Licking County Master Gardeners member, charts plants growing along a new woodlands trail that will introduce visitors to the Deep Woods section of the arboretum that until this month hasn’t had easy access for hikers. The trail, which may be open as soon as April 19, weather permitting, will feature native plant species that thrive on a forest floor. “This project’s going to be many hours,” said Hall. “We have a lot to do on the trail.” 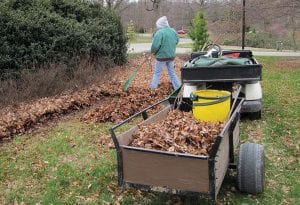 Ehrmin said the woodlands trail should be particularly popular this summer, when it will provide hikers with dense tree cover and a gazebo for shade.

Near the Jones House, an office house that Ehrmin said people often mistake for a residence, a phenology garden will help Dawes track the life cycles a flower and plants, and how the weather affects those cycles. She said the blooming process is off to slow start because of this spring’s unstable temperatures, but Dawes should be as colorful as ever once warm weather is here to stay for the season.

Messinger said that in June, Dawes will be proud to open a massive “power plant” display that will showcase crops—such as switchgrass, mustard, and soy beans—that are used to produce biofuel. “Part of our deed is agricultural research,” he said. Messinger said the crews should have no problem meeting the Arbor Day deadline and helping the arboretum to have one if its best celebrations ever. “You’ll see what we’ve been doing over the winter,” he said. 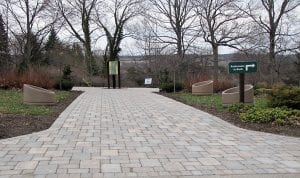 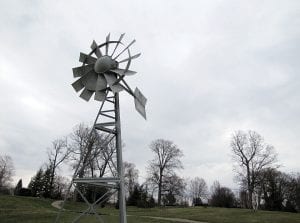