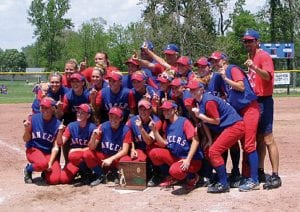 LANCASTER – Lakewood’s Lady Lancers are headed to the state softball tournament at Akron’s Firestone Stadium. It will be their first appearance there since 2002.

The Lady Lancers cleared a big hurdle when they defeated two-time defending state champion Bloom-Carroll 3-0 for the central district championship. That game was scoreless until the bottom of the eighth inning when Emily Voehringer hit a three run home run for the hard fought victory.

The Lady Lancers showed their grit and determination in two come-back wins at the Lancaster regional. In their semi-final, Zane Trace jumped to a 1-0 lead in the first inning that became 2-0 in the third inning. Lakewood tied it up in their half of the inning, but the Lady Pioneers added another run in the fourth. The Lancers scored twice in the fifth to take the lead for the first time with pitcher Alissa Birkhimer driving in the runs. Lakewood added two more in the sixth for a 7-3 lead. Birkhimer retired 10 of the last 12 batters she faced. 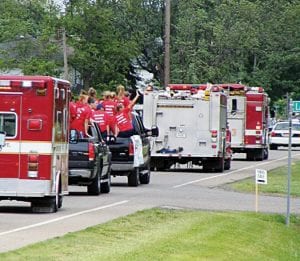 In Saturday’s regional championship, Lakewood struck first taking a 2-0 lead before Wheelersburg scored in the bottom of the first inning. That lead held until the Lady Pirates scored four runs in the third for a 5-2 lead. Three runs came on Jessica Blanton’s second home run of the game. The Lady Lancers roared back in the fifth inning, taking a 6- 5 lead on five straight singles. Lakewood took advantage of some Pirate errors in the sixth to pad their lead to 8-5. Meanwhile, Birkhimer and excellent defense shut down the Pirates, retiring 13 of the final 14 batters. 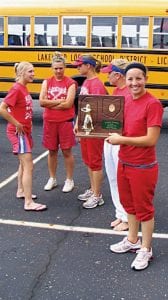 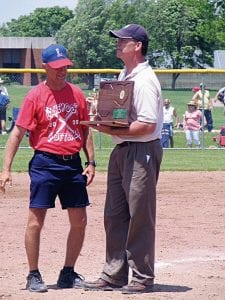 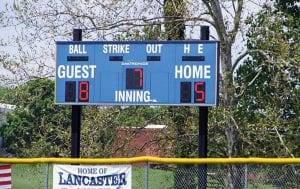