“People would ‘oo and ah’ over (Ford) Mustangs, but people who had Chryslers really loved them, and they still do,” said Wagner, who is rebuilding a 1968 Barracuda convertible.

“We call ourselves the stepchildren,” said Andreini, who owned a 1966 Dodge Coronet, and is working on a 1936 Dodge coupe.

Granted, the Chrysler muscle cars may not have been as popular as other models, but they have a fiercely devoted following as the Chrysler event proved.

National Trail’s Sales and Marketing Manager Mike Fornataro said the event’s promoter doesn’t release exact attendance figures, but Fornataro knows attendance was 20 percent higher than last year’s Chrysler Classic. “It’s a great way to start the season,” he said, adding that this is the 17th year National Trail hosted the event, and it includes all the elements of the Mopar Nationals, but on a much smaller scale-drag race, swap meet, car show, and manufactures midway. 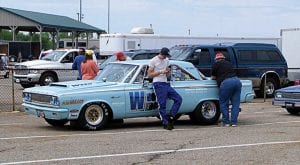 Fornataro said the drag way hosts the “45th Anniversary Show & Go” Memorial Day weekend to celebrate 45 years of racing and everything highperformance May 29-31. Everyone is invited. The past and the present will come together to showcase the best and the brightest that National Trail Raceway has to offer. For more information, visit www. nationaltrailraceway.com. 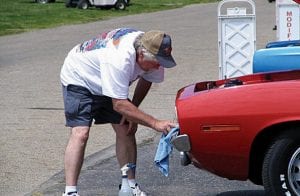 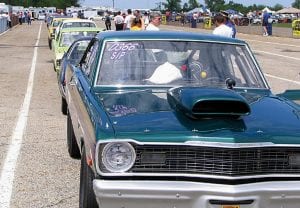 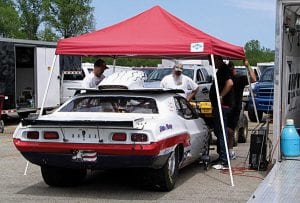 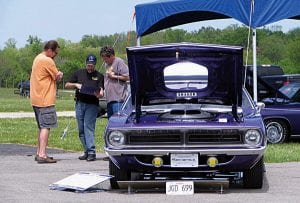 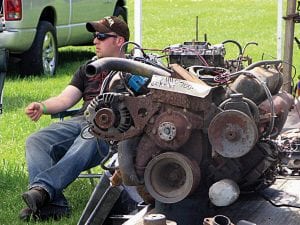