Takin’ It to the Streets

Dawes syruping goes on the road 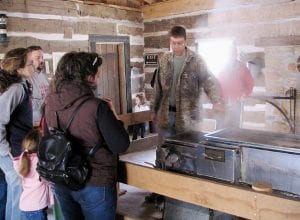 JACKSONTOWNWhen something is this sweet, more people need to know about it. This year, Dawes Arboretum took its perennial maple syrup program on the road, reaching nearly 1,600 people in Central Ohio schools and retirement homes, said Education Director Sara Lowe. “This is the first year we’ve done this where we were really prepared with a Power Point presentation and samples,” she said. The presentations were made in addition to Dawes’ usual on-site displays, including a functioning sugar shack and outdoor kiosks mapping the history of maple syrup. Lowe said the on-site displays and programs attracted about 2,000 visitors, which is about average.

This year, however, Lowe was quite happy with an average turnout, considering the weather was anything but cooperative. For the first week of the program cold temperatures and blustery winds kept visitors away and the maple sap from flowing. But, as the weather calmed later in the program, visitor interest and sweet sap flowed like a river. Next year, Lowe and her crew plan to take their traveling maple syrup show to even more people and places. 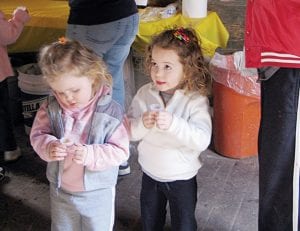 On the road, Lowe said she and her crew are constantly asked if they brought waffles along with the syrup. To her surprise, the Inn at Sharonbrooke in Newark was prepared to serve waffles when they arrived. “That was really cute,” she said. 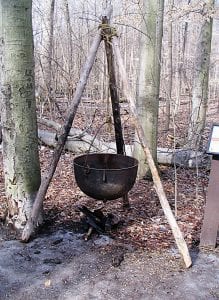 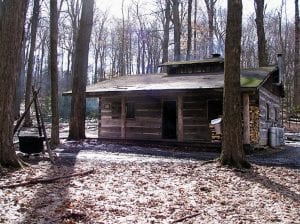