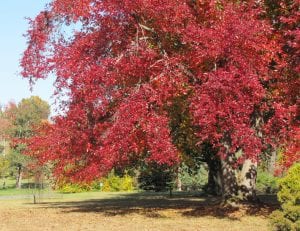 JACKSONTOWN– Dawes Arboretum bustled Monday with people finding any excuse to cut out of work early and enjoy some truly spectacular autumn colors as the trees reached their peak last weekend. Unfortunately for leaf-watchers, wind and rain followed Monday’s brilliance. “It will probably take a lot of the leaves off,” said Mike Ecker, director of horticulture. There will still be plenty of color for a little while longer, but he said last weekend and especially Monday were particularly vibrant. “You’ll still see spots (of color) here and there,” Ecker said.

Ecker said last summer’s dry spell didn’t affect this autumn’s colors. “I’ve seen droughts where the leaves were brown” during the summer,” he said. People can forget about a spectacular autumn when that happens, Ecker said, but this year, the leaves didn’t appear stressed, even after the dryness. He said he’s seen more colorful autumns, but this year ranked right up there with the best of them. 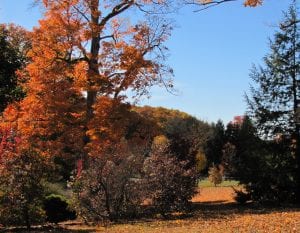 If the trees were the first things visitors noticed when they entered the Dawes grounds, the new auto tour traffic pattern was likely the second. Dawes is in the process of rerouting some of the auto tour lanes and adding nearly a mile of new pavement. Ecker said one of the most striking changes will be closure of the Ohio 13 entrance in favor of a common entrance.

“People didn’t know there was a north end,” Ecker said. He said often people who entered the arboretum from the Ohio 13 entrance would drive the well-known southern loop, but have no idea there is also a strikingly scenic north loop as well. Ecker said a major goal of the new routing is to ensure motorists enjoy all of the arboretum. “This will be very good for making people feel like they’ve seen the entire grounds,” he said. “People will be entering and exiting at the same point.” 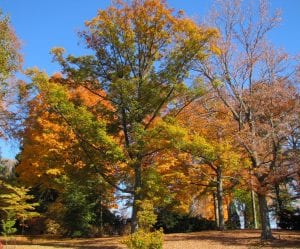 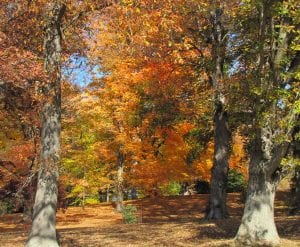 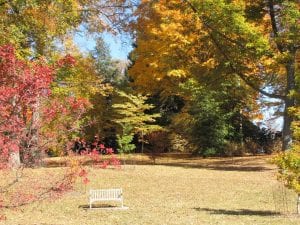 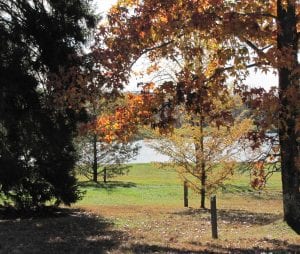