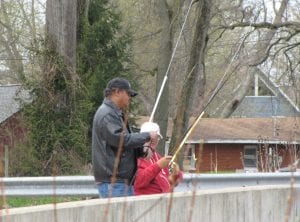 MILLERSPORT– Wednesday afternoon, crowds of fisherman cast lines into Seller’s Point, where bushels of fish were pouring from the spillway. “They’re just running out of the lake,” said Millersport Bail and Tackle owner Jim McKittrick. He said Seller’s Point fishermen were catching plenty of saugeyes, striped bass, and catfish.

McKittrick said he really wants Ohio’s anglers to know Buckeye Lake remains a great place to fish even though the State of Ohio plans to leave the lake at winter pool or lower while up to $150 million is spent to replace the lake’s 4.1 mile dam during the next five or six years. He said many people from out of the lake area call his store to find out if it’s safe to fish Buckeye Lake. “Absolutely, it’s safe to come out here,” McKittrick said. “People think that the lake is going to be drained.” He said while the lake appears to be lower than winter pool, it will certainly not be drained. “They’ll be able to fish in the lake.” McKittrick said areas of the lake’s east end may be really shallow, but Seller’s Point and Fairfield Beach in particular will remain good fishing spots. He said he’s seen fishermen using 9.9 HP trolling boats on the lake, as well as 14” and 16” flat bottom boats. 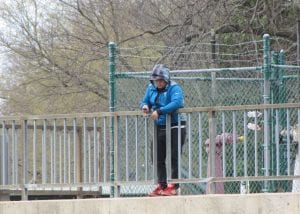 McKittrick said with Seller’s Point draining more lake water than it has in the past, many fish are flowing into the Licking River, meaning it will be strong fishing while the lake remains low. Also, Buckeye Lake fish will navigate the Licking River toward Black Hand Gorge and Dillon Lake.

McKittrick said it’s very important for residents of the lake area and beyond to understand that fishing is alive and well in Buckeye Lake and will remain that way. Fishing in the lake is safe and the lake will not be drained. “You can even run a hovercraft on Buckeye Lake this year,” he said. 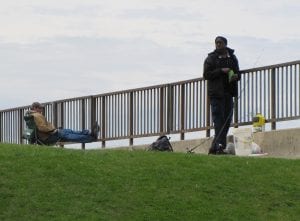 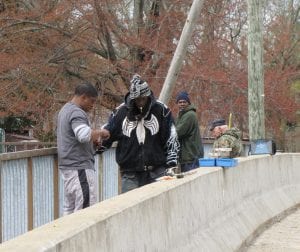 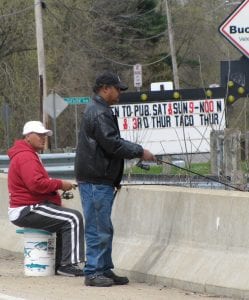 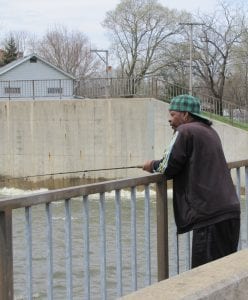