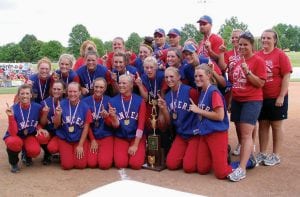 AKRON – It’s very difficult to win one state championship. It’s next to impossible to win two back to back.

Yet, that’s just what Lakewood’s Lady Lancers did in Akron last weekend.

In Friday morning’s state semi-final with Columbus Bishop Ready, Brooke Gault tied the game 1-1 with a solo homer in the fifth innning. It was the senior’s first ever varsity homerun. An inning later, her double drove in three runs for the 4-1 victory.

She started in last year’s tournament run, but didn’t bat. This year she accounted for all four Lakewood runs.

“I like working under pressure,” Gault said after the game. “I knew one run wasn’t enough.”

“It’s usually later in the game when we get our runs,” she said.

Coach Criss Nadolson remarked Saturday night that the Ready win was particularly sweet. Ready fans had been commenting on a high school sports blog that Lakewood dressed more like a bowling team than a softball team. 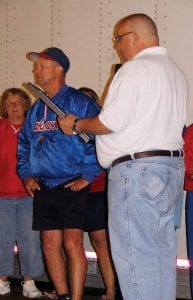 Saturday’s final with Youngstown Ursuline looked like a pitcher’s duel. It was scoreless until Birkhimer provided the firepower on offense as well as defense. With one out, Megan Swiantek safely bunted. Emily Voehringer hit a bloop single and Brayan Gault loaded the bases with another bunt. That set the stage for Birkhimer’s double that scored three runs. Meagan Kelly ran for Birkhimer and she scored on a single by Caitlin Houk for a 4-0 lead.

“As soon as I got to second, I knew we were state champs,” Birkhimer said after the game. Back to back doubles by Voehringer and Brayan Gault added another run in the sixth inning.

Birkhimer closed out the seventh inning with two strikeouts and Houk caught a foul ball behind the plate for the final out and 5-0 victory.

More than 500 Lakewood fans made the two and a half hour drive to Akron for Saturday’s final. Hundreds turned out at nearly 10 p.m. in the Kroger parking lot to welcome the state champs home. 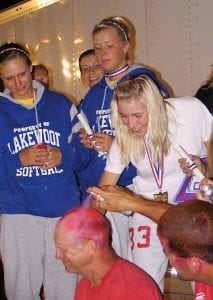 The team got the traditional victory ride through Hebron on a fire truck, but the seniors got a special treat. The five seniors and the championship trophy rode on the village’s first fire engine – a Boyer being restored by Hebron firefighter Donard Myers.

“I didn’t think anything could top winning the first one, but I think this did,” Nadolson said. “My toughest job all season was to decide who starts. We are a deep team.”

“I’m the lucky one,” he added. “I get to coach and work with all these kids.” Nadolson praised assistant coach Bo Hanson and the entire coaching staff.

The victory meant Hanson and Nadolson had to let players spray paint their hair. 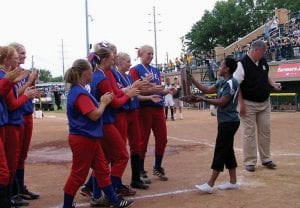 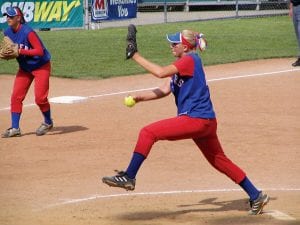 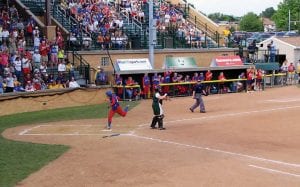 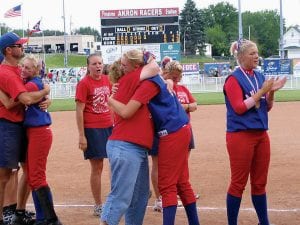 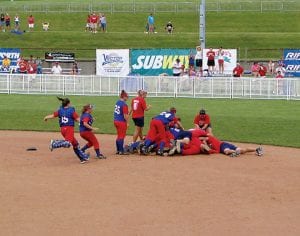 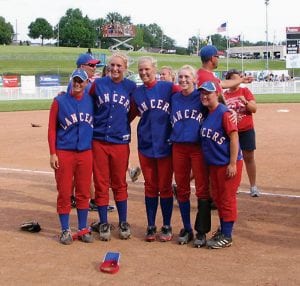 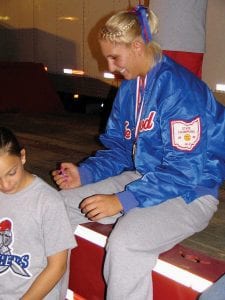 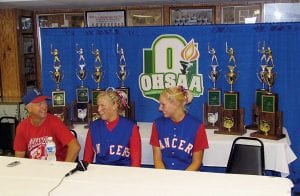 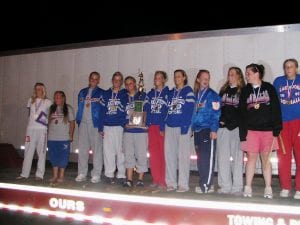 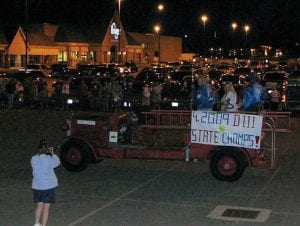 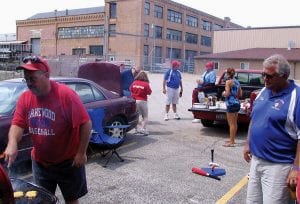