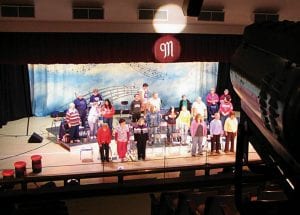 MILLERSPORT – The annual minstrel is a Millersport tradition dating back to 1958, when the Millersport Athletic Booster Club sponsored the show. The community still eagerly awaits it each spring more than 50 years later.

Millersport Community Theatre Publicity Chair Debbie Smith said although the Millersport Band Boosters also sponsored the minstrel, it closed down in 1969 until the Millersport Community Theatre revived it along with the summer theatre in 1976 as part of the community’s Bicentennial celebration. She said the MCT was founded to provide a source of wholesome family entertainment to the community and a place to showcase local talent. MCT also promotes the learning of theatre history, production techniques, and performing arts skills.

The late Judge Joseph Ralston and the late James Pierce helped organize and finance the first summer musical, “Brigadoon,” which was performed at the Millersport Lion’s Club Park under the stars. Since 1976, the MCT is proud to have produced more than 30 minstrels and 30 summer productions. 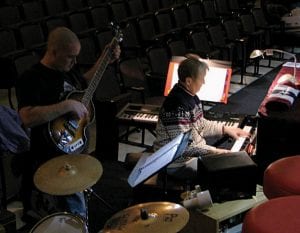 Anna Schmelzer, Mallory Stilwell, and Nina Upperman shared the responsibility of selecting music for the first half of this year’s show, Heritage of American Music,” and for a spiritual choir in the second half. The first half features comedy and the chorus and soloists singing familiar melodies.

Jeff Dupler directs and chose most of the music and acts for the second half. The spiritual choir starts the second half followed by plenty of singing and dancing numbers. The entire cast takes the stage for the Grande Finale. The songs range from the 1940s through 1975. The minstrel welcomes pianist and musical director Myra Elmore, a retired school music teacher. This year features 44 participants, not including the children. Prepare to enjoy a great show with a pony chorus, comedy, and tunes you know and love. The minstrel is unique because people high school age and older come together from all walks of life to sing, dance, and make us laugh. 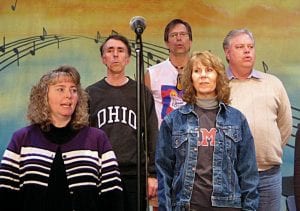 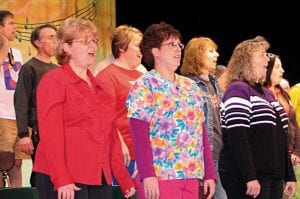