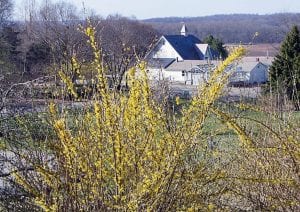 JACKSONTOWN – Is it just us, or does it seem like spring wasn’t in any hurry to appear this year? Well, it’s just us, said Greg Payton, plant records specialist for the Dawes Arboretum. “It’s not late, we’re still early in the year,” he said. Payton said people might feel like spring was late this year because plants bloomed so early last year. Unfortunately, heavy frost came shortly afterward, making for a short blooming season.

This year the early spring weather has been a little cooler, which is actually better for the plants, because there’s less of a chance an unexpected frost will surprise them, said Payton.

This week, some of the arboretum’s flowering trees were in bloom and a few flowers were poking through the soil. Payton said next week the spectacular cherry trees would be in bloom. Usually, a flowering tree will bloom for about two weeks. That’s not very long, he said, but in an arboretum there’s usually another flowering tree to replace it. 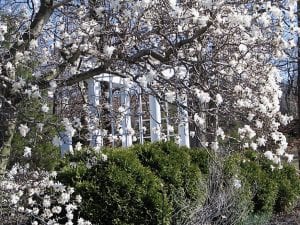 Fast-growing-trees.com has advice for people who want to grow their own flowering trees. It’s strongly suggested that the flowering tree is unpacked immediately when it is received. Whenever possible, the planting of the tree should take place right away.

If the area is experiencing extreme weather, such as extreme heat or severe drought, the tree should be potted and kept in the shade until the conditions improve.

In an ideal situation, the tree should be planted at least six weeks before the first frost, though a tree that is properly cared for can be planted at any time of year and flourish.

Once a location is selected and prepared, dig a planting hole that allows plenty of room for the root system to grow. Generally, this hole will be twice the height and width of the root ball. Spread the roots out and surround with dirt so as to avoid air pockets.

Use dirt or soil to backfill the hole. Take care that the roots are well covered because the soil will condense slightly when the tree is watered. Pack soil firmly at base of tree. 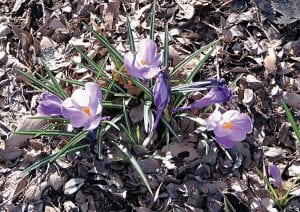 Grass should not be permitted to grow within three feet of the tree, especially during the first growing season. It’s recommended to pull the grass and weeds from around the tree and then spread mulch at its base. 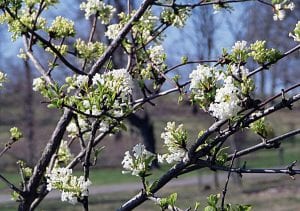 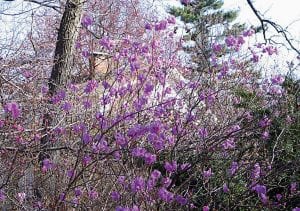 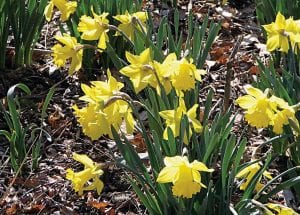