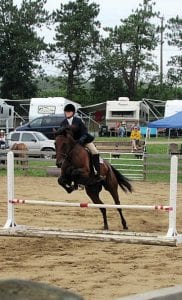 NEW LEXINGTON– Katie Swinehart of Thornville was happy with her fifth place finish in a hog show at the Perry County Fair late Wednesday morning. “It’s more work than people think,” she said. Showing a hog takes more than just chasing the animal around one of the fair’s display pens in front of the judges. Swinehart said she begins to prepare a hog for show at the beginning of the year to be ready for the July fair. “You have to make them look like they’re clean and well fed,” she said. While Swinehart’s fifth place finish was convincing, there may have been a little sibling rivalry involved. “My sister got third,” she said.

Brian Stoltz of Thornville said the first and second place winners of Wednesday morning’s show will advance to the division show. He said the owners of show winners generally breed the hogs or sell them to producers.

Stoltz breeds sheep as well as hogs. “Sheep are a lot more work,” he said. 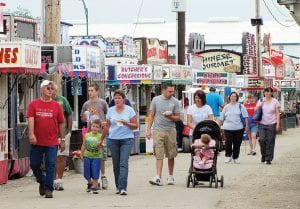 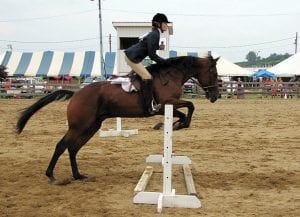 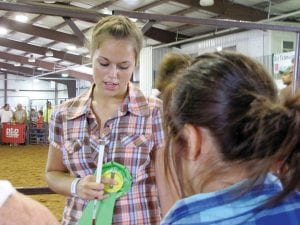 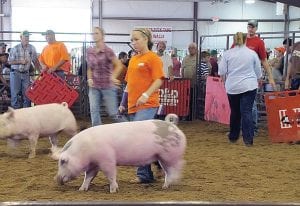 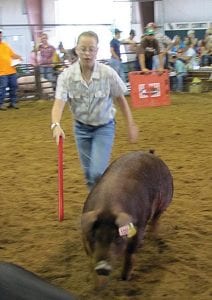 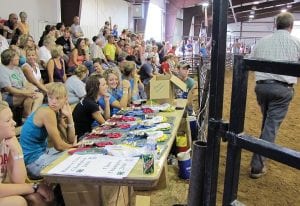 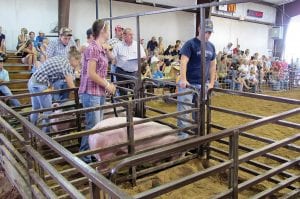 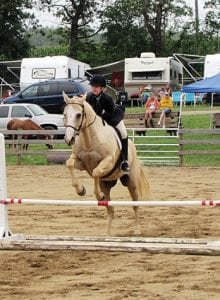 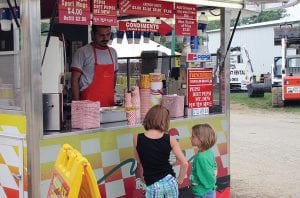 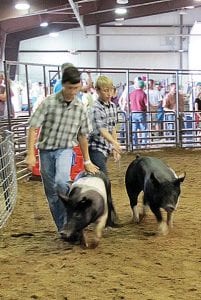