MILLERSPORT –  One of country music’s  most popular performers during the 70’s and 80’s performs at 8:30 p.m. on Friday, August 30, at the Millersport Lions Sweet Corn Festival. Ronnie Milsap is considered one of the most popular ‘crossover’ singers of his era, appealing to country and pop music fans.  His biggest hits include “Smoky Mountain Rain”, “Any Day Now”, and “Stranger in My House”. Milsap has been awarded six Grammy Awards  and charted 35 No. 1 country hits. He was inducted into the Country Music Hall of Fame in 2014.  The concert is FREE; parking is $10.

Saturday night’s free concert at 8:30 p.m. features John Anderson. His more than 30 year country music career includes five No. 1 country hits; “Wild and Blue”, “Swingin”, “Black Sheep”, “Straight Tequila Night”, and “Money in the Bank.” He was inducted into the Nashville Songwriters Hall of Fame in 2014. 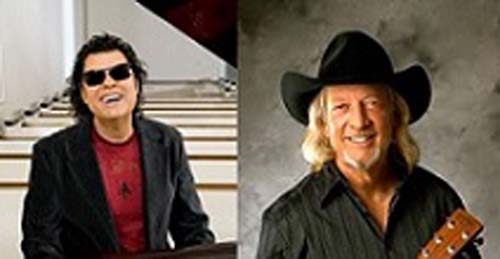