The four-day festival also attracted a standing-room-only crowd to the Licking Township Trustees’ meeting Monday night. More than 20 area residents, including one from Granville, complained about the loud bass music that continued into the wee hours of the morning, nudity, drug use and traffic congestion. Two out-of-state fans died of suspected drug overdoses. The Licking Sheriff’s Office, who were hired to provide a 24/7 on-site law enforcement presence with special duty deputies, made six arrests for drug trafficking. The Perry County Sheriff’s Office charged one man with trafficking after finding him asleep in the T.C. Market parking lot.

Steve and Laura Trickle, co-owners of Legend Valley, were present for the meeting. Not all the residents were there to complain. A couple said some of the complaints were exaggerated and lauded the festival’s economic impact.

A major sticking point between the Trickles and trustees was a February 23, 2018, letter from Steve Trickle to trustees stating that the music would stop at 11 p.m. on school nights (Thursday and Sunday nights) and would stop after midnight on Friday and Saturday nights. That was a commitment that Trickle couldn’t keep because Legend Valley had signed a contract last fall with the production company allowing music to continue longer.

Laura Trickle said music continues to 2 or 3 a.m. to “keep these people entertained.” She acknowledged some fans already leave their property but believes many more would if the music stopped earlier. Laura said showing the movie Jurassic Park in the early morning hours was an effort to keep the young crowd entertained and on their property.

Drugs and drug use by fans was another hot button. “Drug use is terrible,” Laura Trickle said. She added that so far this year 88 people have died from drug overdoses in Licking County. Laura said every vehicle entering the campgrounds is screened by a drug dog and walk-ins are also screened. She said the problem is that the new synthetic drugs are so hard to detect. The Licking Township Fire Company responded to eight reports of drug overdoses at Lost Lands. Trickle said Lost Lands Production hires the best festival medical term in the county – CrowdRX – to handle medical emergencies. The company has a mobile emergency room, doctors and medic units. That team handled seven of the eight overdose calls to the county 9-1-1 center.

“We respond immediately to 9-1-1 calls and try to communicate with you (CrowdRX) enroute to see if you are going to handle it,” Fire Chief Mike Wilson explained. “We don’t wait here.” The fire company only transported one of the overdose victims, reached the scene on another and was disregarded on the rest. The fire company made some other non-drug overdose runs to the festival but didn’t transport anyone. Run volume clearly picked up during the festival but not all were festival related. Fire Company runs were:

Laura Trickle said they appreciate the fire company’s support, adding that their efforts to make a significant donation to the company have been turned down. “We have inspections up there,” Wilson explained. “I’m trying to keep everything above the board.” He added that if a mistake is made or something missed during an inspection no one can claim that the fire company was bought off.

Laura Trickle also recounted the festival’s economic impact on the area, saying it put $4 to $5 million in the area economy. She said 460 security guards, 300 stage hands and 500 other employees were hired locally. Volunteers from local non-profits like the Lakewood Band Boosters and the Friends of the Buckeye Lake Library were paid $15 per hour to staff the box office. Others sold beer and did other work. Area companies renting everything from chain link fencing to portable showers and toilets were sold out. She said every hotel in central Ohio was full for the weekend.

“There is always room for improvement,” Laura Trickle acknowledged. “We can’t grow without you guys. We will work with our township and our community.”

After Laura finished speaking, Licking Township Fiscal Officer Andrea Lynch asked, “What measures will you as a business owner take to abate the noise?” Another resident added, “ (music) After midnight on a school night is unacceptable.”

Steve Trickle then spoke.  He started out saying he is uncomfortable speaking in public. “Ninety-nine point nine percent of the time I’m a man of my word.” He quickly turned his comments to the noise ordinance trustees adopted in May. Steve said he only learned about it when it was posted around the township. He later added, “I believe two of the gentlemen behind me (trustees) have an agenda against me.” Trustee John Holman told Trickle that the resolution was unanimously approved. “This noise ordinance didn’t evolve out of the darkness in the township,” Holman continued. It is a “generic package” drafted by the county prosecutor’s office at the request of a number of townships. Holman said some other townships enacted it at the same time. “It has as much teeth as a 90-year old,” Holman said. “It was a canned ordinance.”

“I apologize to you then,” Steve Trickle replied.

He later apologized again. “It will get better next year. It will be the only EDM festival I ever do.” Earlier, he had said he could have had six EDM shows this year. “EDM shows are what sells tickets,” he explained. “One of these shows is enough even for me.”

Steve Trickle also agreed to work with trustees on noise.

“We did want a noise ordinance,” Trustee President Joe Hart said. He pointed out that the noise ordinance was done in May, after Trickle had already committed to stopping the music earlier. “This is a very serious situation for the township,” Hart concluded.

Most of the audience stayed for the nearly three hour meeting. 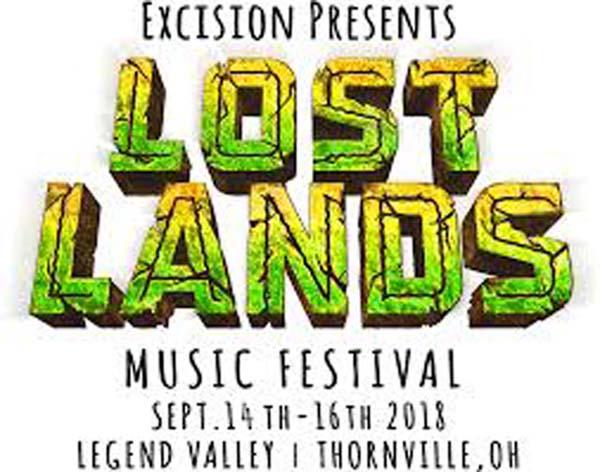 One response to “Residents blast trustees over Lost Lands Festival”