Ready for the Round Up

NEWARK – Even after pulling more than 300 tires from the water and 22 cubic yards of trash last year, more work is necessary to clean up Licking County’s waterways. Aug. 21, Licking County officials and local media had a sneak peak at trash and debris along a stretch of the Licking River, ahead of the Licking County Soil & Water Conservation District’s annual River Round Up event Sept. 7.

“ Our goal is to keep the water clean,” said Jim Kiracofe, Licking County Soil & Water Conservation District’s administrator. The preview was a chance for elected officials, sponsors, and the media to travel down a stretch of the Licking River in canoes and kayaks to see why the Sept. 7 clean up is needed. “You’re going to see some tires and some other trash and litter,” Kiracofe told the 14 participants.

Kiracofe said the conservation district hopes to raise awareness to convince volunteers countywide to have events similar to the river round up all over Licking County and improve all its waterways. 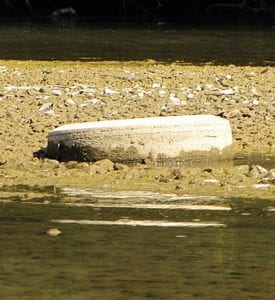 Licking County Health Department Director Joe Ebel said he attended the preview event because his department deals with water quality and tries to identify areas where raw sewage may be leaking into county waterways.

Denise Natoli Brooks, conservation district environmental education specialist, said river waters should be tested two to four times per year for pollutants and the Ohio EPA, while offering funding otherwise, only tests about once every 10 years. She said 60 volunteers throughout Licking County help to test local rivers. “We, the citizens of the county, are the eyes and ears,” said Natoli Brooks. She said a group called the “Stream Team” monitors county waterways and it’s always looking for volunteers. The purpose of the Stream Team is to increase public awareness of water quality issues and connect Licking County residents to the local environment. Once trained, Stream Team volunteers are encouraged to monitor and test a site at least four times a year and report the results to the district. 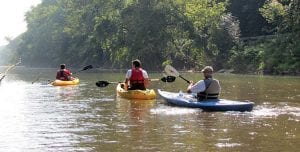 Natoli Brooks said the conservation district makes every effort to enhance and protect local natural resources, especially water. However, the district relies on volunteer power to support and improve its programs. Those wanting to volunteer for the Stream Team or to learn more about the program should visit lickingSWCD.com or call the district at (740) 670- 5330.

The River Round Up began as a Newark City litter initiative in 1990 to clean up the Licking River. The annual river clean up brought out hundreds of volunteers who pulled tires, shopping carts, and mountains of trash from an 18-mile stretch of the river. Through their efforts, a river that had all but been abandoned has seen a rebirth of aquatic and bird life. Due to the closing of a canoe livery and the changing of staff, the River Round Up ended in 2003. After a break of eight years, several Licking County and City of Newark agencies came together to bring back the River Round Up in 2011. The recent clean ups have been very successful. This year’s goal is to continue to branch out into the community and clean up more waterways in the entire county. 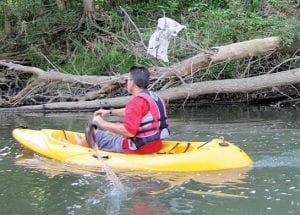 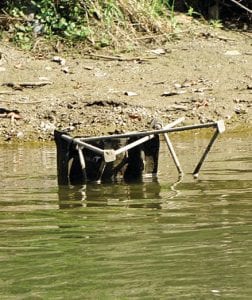 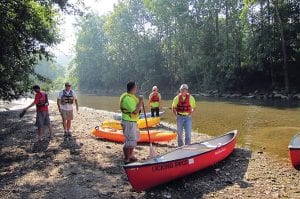 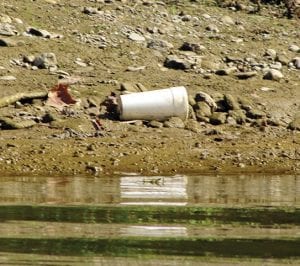