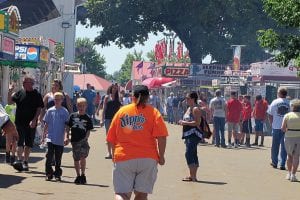 CROTON– No smoke, no mirrors, just pure enjoyment. “I should retire, but I just love doing this,” said local magician Dave Lehman, who presented regular performances at the 154th annual Hartford Fair in Croton. He said he gave his first performance when he was 12 years old with no formal training. “Just trial and error,” he said, and an obvious love of magic. However, it would be many years for Lehman before he would be able to perform as anything more than a hobby. He said growing up in Junction City, Ohio didn’t offer many opportunities to delight audiences, and then he had to make his magic disappear for many years while he raised his family. “I got married, had three kids,” he said.

“In 1983, I really started going strong,” said Lehman. Now that his kids were older, he decided to pursue his dream strongly, and business has grown ever since, particularly in the last ten years. “We’ve been really busy,” he said.

Lehman guessed that one of the reasons his act has been so successful is even though it’s aimed at entertaining kids, the grown-ups enjoy it, too. “I see as many adults as kids in the audience,” he said. 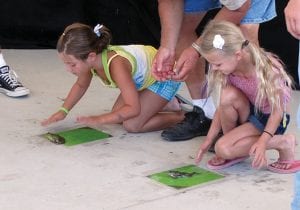 This year, the fair ran Aug. 5 to 11 and featured country artists David Nail and Jason Michael Carroll in addition to the traditional Rough Truck, motocross, and school bus contests. Agriculture has been stressed through the years along with the promotion of 4-H and youth activities. The Licking County Junior Fair was added to the program in 1938. From that time the majority of the growth of this fair has been with youth organizations and their activities. The Hartford Fair boasts one of the largest Junior Fair programs in Ohio. The 4-H Clubs are increasing to include the urban as well as the farm youth. In 1948 Licking County had the first 4-H Band. It was organized by Lenora McLeish and is housed on the grounds the entire week performing at various events each day. 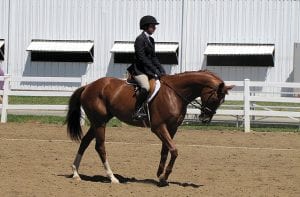 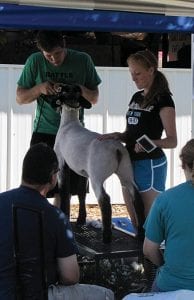 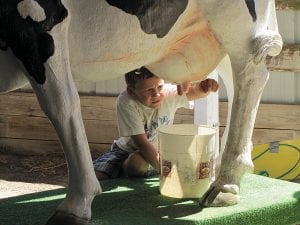 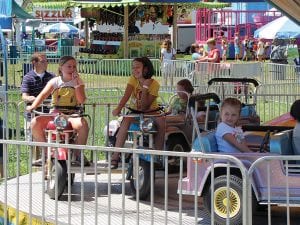 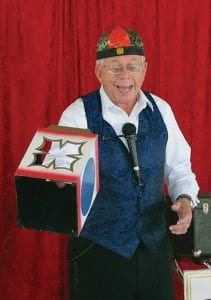 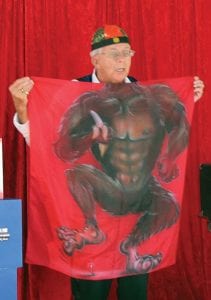 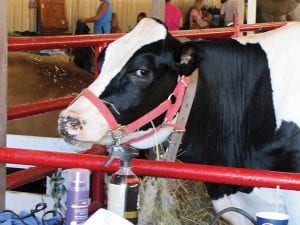