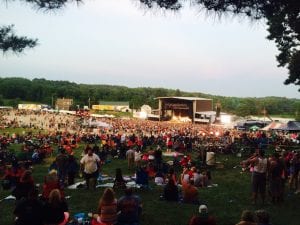 While neither the Licking County Sheriff’s Office nor the Licking Township Fire Company had any major issues with last weekend’s WCOL Country Jam at Legend Valley, the Ohio Investigative Unit, whose plain-clothes agents are cracking down on underage drinking at summer concerts, cited 105 people. Most of the charges were for underage alcohol violations, however other charges include falsification, possession of marijuana, sale of alcohol to a minor and obstructing official business. The Hebron Heat Baseball Association’s liquor permit was administratively charged with two counts each of sale and furnishing beer to a person under 21. Two bartenders were