PAR FOR THE COURSE 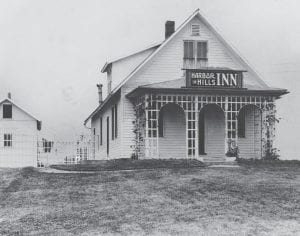 Like most golf courses, the recession presented challenges to the Harbor Hills Country Club, but the community stood behind this Buckeye Lake Area icon and today, thanks to its support and a devoted staff, the club thrives.

Harbor Hills features a semi-private golf course that opened in 1925. The club has a daily fee golf course with an open to the public guest policy. The course offers four sets of tees with the blue tees measuring 3206 yards with a slope of 116 and a rating of 69.6. The greens are bent grass with bluegrass fairways and 21 bunkers are strategically placed around the greens and fairways. A large creek comes into play on four holes.

“We’re a big asset to all the homeowners,” said golf course superintendent Robert Ferguson. The Harbor Hills community, he said, simply wouldn’t be the same without the country club. 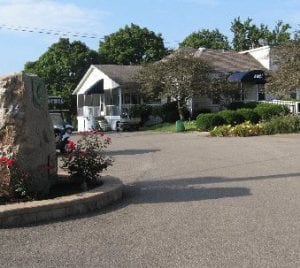 Macedonia said the community held a fundraiser in April for the club’s benefit and managed to raise more than $37,000. She said the country club was never in danger of closing, which was a rumor, but the fundraising was incredibly important for making upgrades to the facilities and placing the club back on track. She also credits the staff with helping the Harbor Hills Country Club shine, especially in the last year.

“It’s been extreme teamwork,” said General Manager Deidre Chasteen. She said last November the country club’s new board of directors worked together to focus their efforts on improving the historic club. “That really made a difference,” Chasteen said.

Ferguson said Chasteen was being shy, and it’s her ability to fill entire days with customers and events that’s really propelled the country club. “The course is always packed,” he said. “She found the gaps in the schedule and filled those in.” 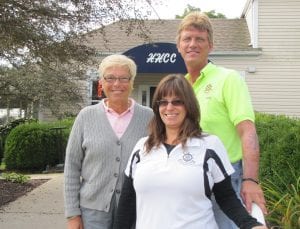 “(The course) has to be maximized to its full usage,” Chasteen said. She said in the past, there would be large gaps of time between golfing groups, which was simply a waste of valuable green time. The object was to find creative ways to attract groups of golfers to close those gaps. Interestingly, having a nine-hole course as opposed to 18 has proven an advantage.

“(Chasteen) can bring people in, and I can keep them coming back,” Ferguson said.

“We can make our nine holes as perfect as we can,” Chasteen said. Keeping in mind that many golf courses have suffered since the recession, having only nine holes keeps overhead lower.

Also, Macedonia said the trend in the golf industry is to speed up play. “Then it doesn’t take up a whole day,” she said. All agreed that an 18-hole course may attract a few more golfers, but overhead would double and right now the country club is operating very successfully with nine holes. 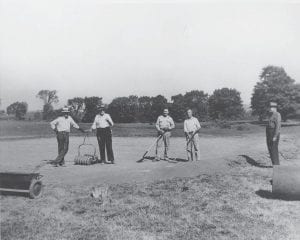 Ferguson said some time ago the club considered hiring an outside management company to bring the club back up to par, but he’s very happy Chasteen was hired instead. “We’ve come a long way,” he said. “The course was still in great shape. She just made sure everyone knew about it.” Ferguson said while Chasteen continues to improve membership, he’ll keep improving the golf course itself. “The greens are your bread and butter,” he said. He said the course has changed dramatically sine he began with the club in 1999. “There were fairways blended with the rough,” Ferguson said, adding that there were even temporary greens. “I saw a lot of potential,” he said. Ferguson replaced the grass and planted new trees. “If you have a wide open course, there’s no challenge,” he said. “I want challenge.” Currently, he’s working to improve the bunkers. 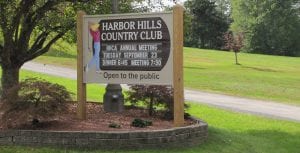 Macedonia said as a testament to everyone’s generosity, creativity, and hard work, membership has increased significantly in the last year. Still, no one plans to stop making improvements. “The ideas just keep flowing,” she said. “We aren’t by any means finished.”

Macedonia said the Harbor Hills Country Club encourages people to book the facility for weddings and other events. Anyone wanting to do so should visit harborhillscountryclub.com. 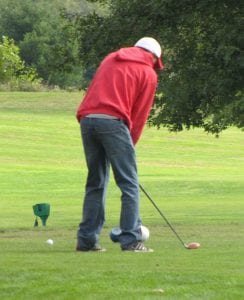 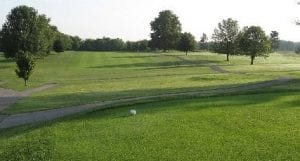 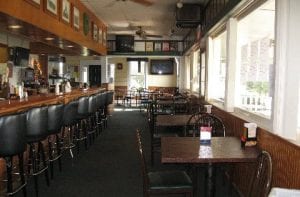 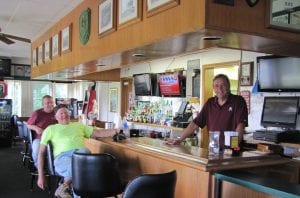 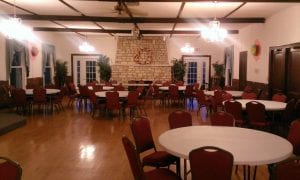 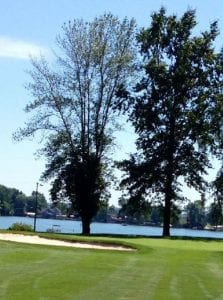