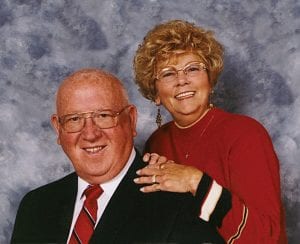 Bill and Diana Ours

HEBRON – Bill and Diana Ours are celebrating their 50th wedding anniversary with an Open House from 2-5 p.m. on Sunday, December 28 at Creative Catering in Hebron. Friends and family are welcome. The couple requests no gifts.

William Guy Ours and Diana Sue Clark were married on December 20, 1958, at the Hebron United Methodist Church by the Rev. Fred O. Weed. They are the parents of two sons, Kevin (Tammy) Ours and Greg (Brenda) Ours. They also have six grandchildren.

They have also been the owners of Ours Garage and Wrecker Service for 50 years.