HEBRON– Many people ask Hebron St ate Fish Hatchery Supervisor Brian Kitchen what, exactly, the hatchery actually does. He believes there’s a good reason why people wonder. “I’ll bet it’s been 20 years since there’s been an open house here,” said Kitchen. The hatchery scheduled a rare open house for Saturday, April 6, 9 a.m. to 1 p.m., which will encourage public access to the grounds. The open house will feature hatchery tours, f ly-fishing instruction (including a flytying clinic), youth fishing in the hatchery pond, archery range instr uction ( bows provided) at the facility’s archery range, and an exhibit of the shock boat. Kitchen hopes hatchery open houses become common. “We’re trying to have more events like this throughout the division,” he said. “Hopefully, we get a cycle going.”

Kitchen said walleye and saugeye egg production should be in full swing by the open house, and visitors will see the operation at work. He said the hatchery would mostly tend to eggs at that point, although there may be some newborn walleye and saugeye as well. Kitchen said the hatchery produces two million saugeye annually and about half as many walleye. 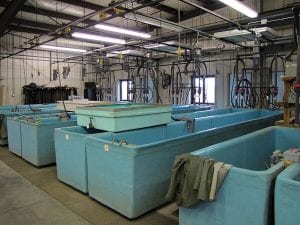 The Hebron hatchery stocks public waters all over the state, especially in the southern and central Ohio. Kitchen said the main requirement is that the body of water only requires a state license to fish it.

K itchen said there’s been a decrease in hunting and f ishi ng th roughout Ohio and the state Division of Wildlife wants events like the hatchery’s open house to rekindle interest. “Everything is getting so urbanized,” he said. Kitchen said urbanization reduces hunting areas and, as people move to urban areas, they find themselves farther from wooded areas and fishing lakes. “People are getting away from family traditions of hunting,” he said. Parents spend more time at work in a down economy, and school sports programs are absorbing youths’ free time. There simply isn’t time to spend an afternoon with a rod and reel or in a deer stand. Still, Kitchen said there are plenty of Ohio state parks and reserves that allow hunting and fishing, as do some private organizations like nature preserves. “There’s a lot more land than you think to hunt, you just have to do your homework,” he said. 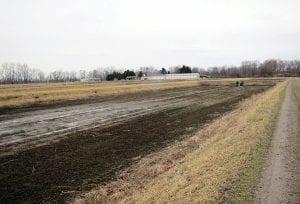 According to the Ohio Division of Wildlife website, the 230- acre hatchery was acquired from the U.S. Fish and Wildlife Service in 1982. This hatchery boasts 63 ponds, 13 indoor rearing troughs, 25 acres of wetlands, and 50 wooded acres with 2.5 miles of nature trails. Water is supplied by Buckeye Lake (5,000 gallons per minute capacity) through a 1.5-mile section of the old Ohio Erie Canal. Two wells (370 gallons per minute capacity) also provide water to the hatchery. Saugeye, walleye, and channel catfish represent the majority of fish production. Additionally, hatchery ponds provide opportunities for cooperative research with universities such as The Ohio State University. Research conducted at the Hebron State Fish Hatchery has helped the Division of Wildlife triple production of walleye and saugeye at the Hebron, Senecaville, and St. Marys state hatcheries, and also was used in developing prevention measures for zebra mussels, an aquatic nuisance species. 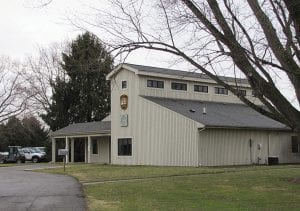 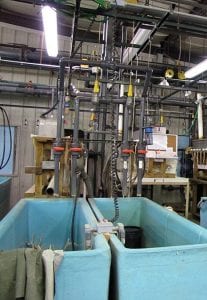 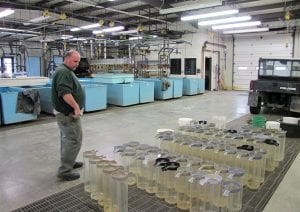 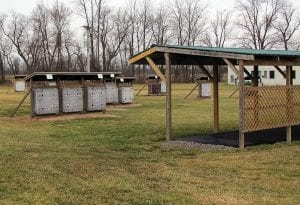 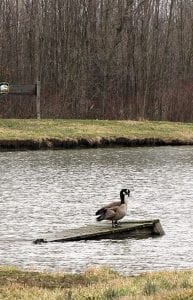