On the Road to Akron 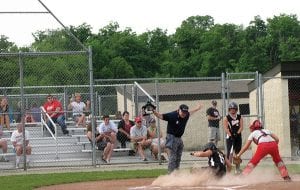 BALTIMORE – The 2011 Division III State Runner-up Liberty Union Lady Lions have outscored their first two tournament opponents 27-0 in their bid to return to Akron for the state tournament.

Last week the Lions hosted Fredricktown for their first tournament game. Twenty-one Lions batted in their half of the first inning, taking a 15-0 lead. The Freddies managed just one hit against senior ace Sarah Klopfer and the Lion defense. The Lions held a 17-0 lead after the Freddies batted in the fifth inning as the ‘mercy’ rule ended the game.

The Lions were ranked No. 1 in Division III for that game. They fell to No. 2 in the state coaches poll after one-run losses to Heath (D-III), Columbus Bishop Hartley ( D-II) and Pickerington Central (D-I).

Tuesday, the Lady Lions jumped to a quick 4- 0 lead without an out in the first inning against Marion Elgin at Pickerington North. That was the score until the fourth inning when the Lions added four more runs on two hits and two Comet errors. Kyanne Wiley drove in two runs with a double. Two more runs in the fifth inning triggered the ‘mercy’ rule. 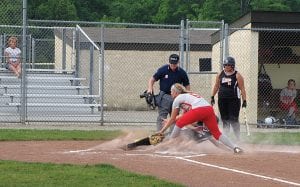 The Lions face No. 4 ranked Bloom-Carroll at 1 p.m. at Pickerington Central in the Fairfield County battle for the district championship. 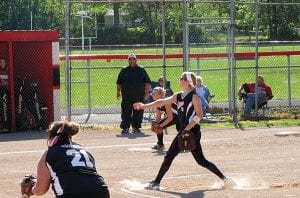 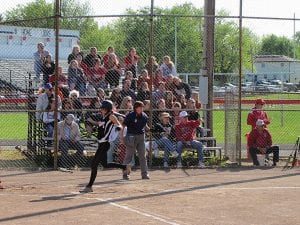 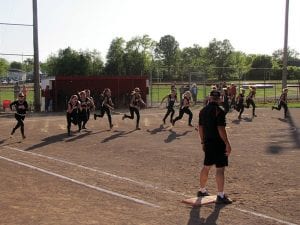 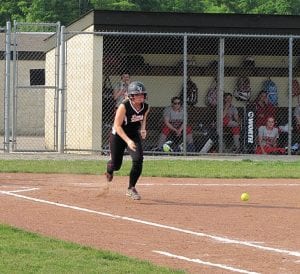 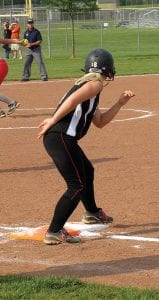