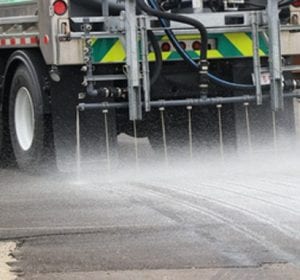 COLUMBUS To prepare for this weekend’s first winter blast of ice and snow, the Ohio Department of Transportation (ODOT) is pre-treating interstates, state and US routes, ramps and bridges in between peak travel times.

Pre-treating is most effective when temperatures are between 20 and 35 degrees, and there is no rain in the forecast for 24 hours. That way the salt sticks to the roadway and doesn’t wash away.

This is the first forecast of the season to call for ice and snow. Since it’s been awhile, drivers are reminded to slow down, avoid distractions and give yourself plenty of distance between you and the vehicle in front of you especially if it is an ODOT snow plow. We travel at much slower speeds to effectively keep roads safe and passable during ice and snow season.