The west parking lot for boaters and visitors is being rebuilt starting with a new base and asphalt.  The park’s entrance and exit lanes are also being rebuilt  with a new base and asphalt.  The roadways linking the three parking lots and boat ramps are receiving a new layer of asphalt. The works was originally expected to be completed on Friday, September 21, weather permitting.  Rain this week has pushed completion back to early next week.

A contractor is completely rebuilding the entrance and exit lanes at the North Shore Park. 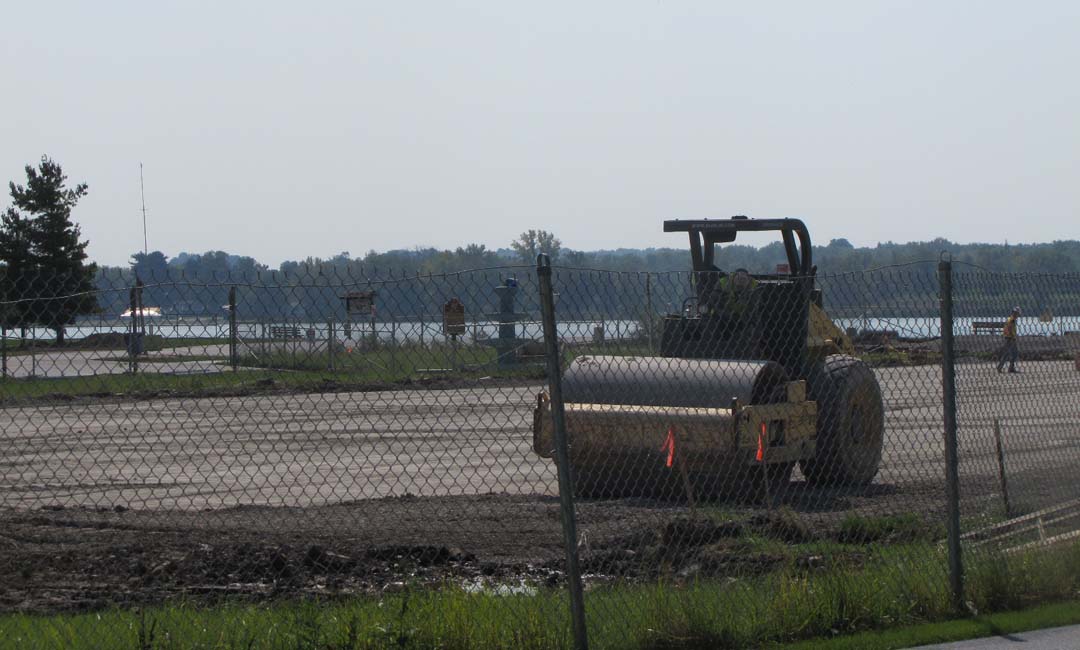 A new base is being installed to support the west parking lot at the North Shore Park. 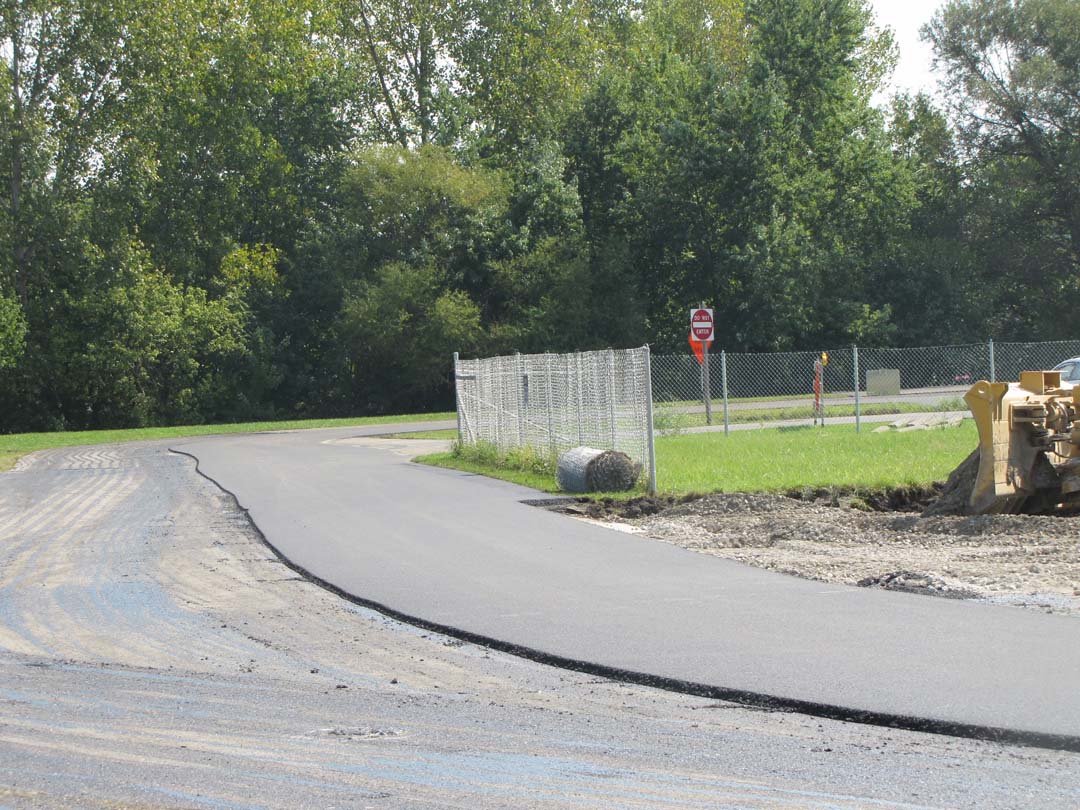 A new layer of asphalt is being applied to the roadways within the North Shore Park. 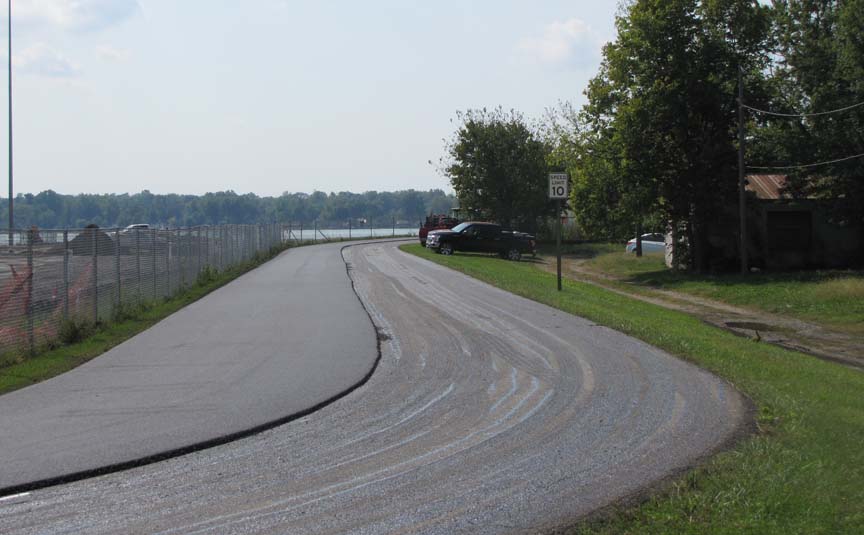