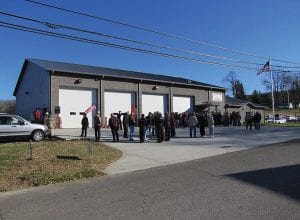 “We’ll have lots more room,” said Moore after the ceremony. All the fire trucks will fit into the station – they had to be garaged in separate buildings previously, there’s more room for training and Moore said it has facilities for an eventual part-time staff. The department currently has 23 volunteer staff members, although Moore hopes to hire part-time employees within six months, possibly. He said it’s hard to hire permanent staff because the emergency runs are so uneveneither there are no runs in a day or several. The frequency of runs is rarely consistent. 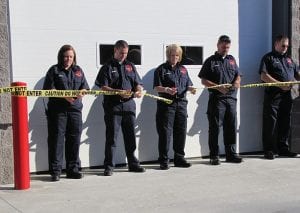 The ceremony included a visit from a MedFlight helicopter, which was there on display, not to fly anyone to a hospital. 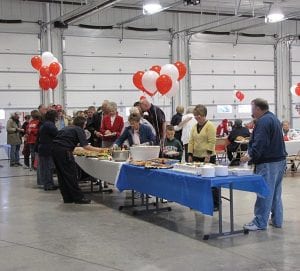