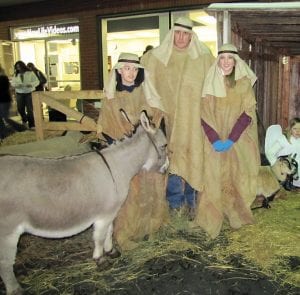 HEBRON
– The New Life Community United Methodist Church took the usual Christmas nativity scene one step further with live actors and animals Monday evening. Pastor Brian Harkness said this was the second live nativity scene the church has sponsored, but the first in its new location at 116 West Main Street in Hebron.

The New Life Church began June 2003 when the Bishop of the West Ohio Conference of the United Methodist Church appointed Harkness and his family to start a new church in the Hebron and Pataskala area.

Harkness had the freedom to pick where he would live and how he would proceed, and settled in Hebron. He had about 15 people ready to help him by mid-July. 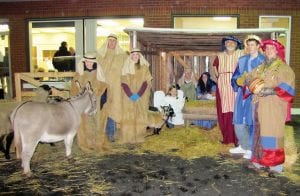 By Aug. 2004 the church grew to 70 to 80 worshipers who were coming to the preview services and were beginning to help with ministries. 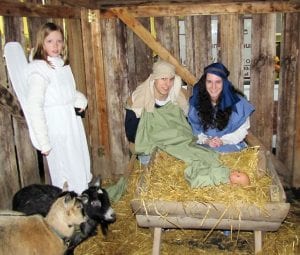 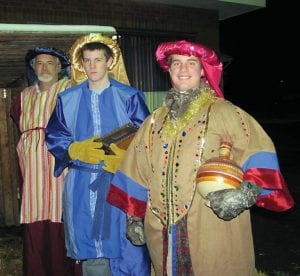