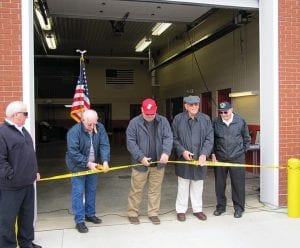 In his remarks, Hebron Mayor Clifford L. Mason said, “We just didn’t think of the Village of Hebron…It’s not just about Hebron.”

Mason said the $1.2 million project came in under budget. “We did borrow some money.” He added that it was built for future, noting that the department typically has four onduty overnight while the station has eight private bunk rooms.

State Fire Marshal Larry L. Flowers, who started his career in the fire service at Kirkersville and then Baltimore, said he was honored to be part of the celebration.

Flowers said shared services and working together are critical in an era of shrinking resources. “Communities are finding new ways to work together,” he said. “We need to forget about turf.” 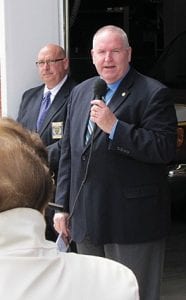 State Representative Bill Hayes brought a commendation from the Ohio House. He talked about the importance of fire departments in small communities and the transition from volunteer to paid.

“You got a real nice barn here,” he said.

Heath Mayor Mark Johns and Union Township Trustees Rick Black and Jesse Ours also attended the ceremony. No Buckeye Lake Village officials were present though a handful of residents turned out.

During the ceremony, former Buckeye Lake council member Peggy Wells thanked Mason and Hebron firefighters for their service to Buckeye Lake. Hebron made 325 mutual aid runs to Buckeye Lake from 2010 through 2012 – 287 EMS runs and 38 fire runs. 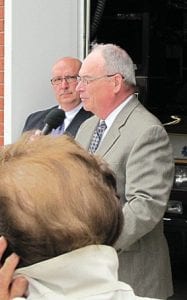 Until the current renovation and expansion, station construction was done with volunteer labor, donated materials and proceeds from chicken dinners, a Sweet Corn festival booth and other fundraisers.

Hebron has three full-time firefighters – one for each 24-hour shift – that work 24 hours and are then off for 48 hours. A full-time chief and fire prevention officer work 40 hours per week during day shift. 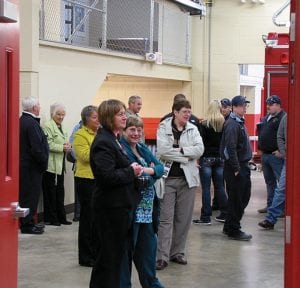 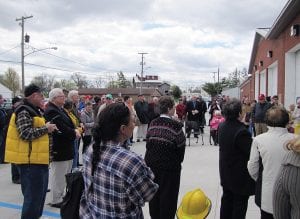 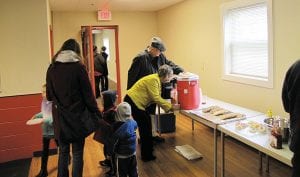 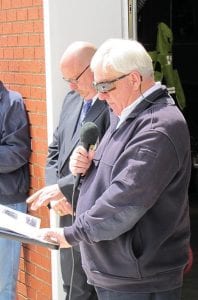 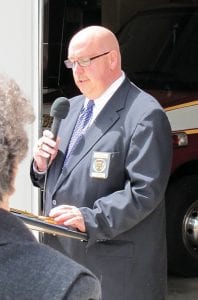