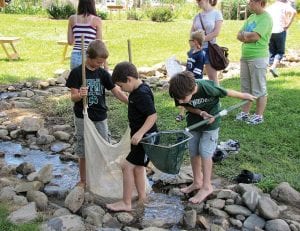 CROTON – Tucked away in a far corner of the Hartford Fairground is a place that might not have the glamour of the stages or racetracks, but it’s gaining in popularity nonetheless, and there’s always some sort of activity happening. “ It’s cool; it’s shady; it’s relaxing,” said Licking County Soil and Water Administrator Jim Kiracofe, as he described the fair’s Natural Resources Area, which hosts everything from frog jumping competitions to lumberjack shows. “This is our sixth fair,” he said.

Kiracofe said his organization used to have a booth on the midway to promote conservation and natural resources, but the cramped area and hot pavement weren’t setting the right mood. “We weren’t enticing people,” he said. “We thought we needed to be in a natural area.”

So, the organization moved to a woodsy spot behind the grounds complete with a pond. Kiracofe said the pond was enlarged and a wetland area with a babbling brook were added, and then a pavilion and bridges to cross the stream. “ Every year, we keep adding more,” he said. Kiracofe said the Natural Resource Area’s activities have included wild game cook-offs, “what’s in my creek,” coon dog displays, and an FFA challenge, which sponsors canoe races, canoe jousting, log rolling, and canoe tug-of-war. “People were going crazy over that,” he said. The area has also hosted live music and outdoors related sporting events and demonstrations. 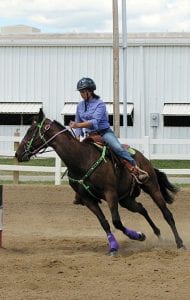 The Hartford Fair ran this year from August 7 to 13. Thursday afternoon, children were “creeking,” or exploring the stream on a mission to see what wildlife—such as tadpoles, adult frogs, or crayfish–or other interesting things they could discover. Afterward was Morrow County Coon Hunters Club President Parry Edman’s coon dog demonstration. 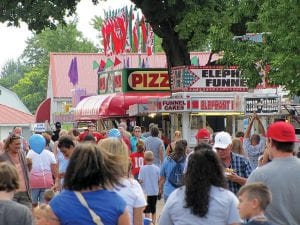 Kiracofe said Licking County Soil and Water and Licking County Recycling are major contributors to the Natural Resources Area, and it receives help from the Ohio Certified Volunteer Naturalists and Dawes Arboretum, among others. “Funding is more in kind than anything else,” he said, adding that the Licking County Commissioners helped with some start-up funding. “The volunteers have really helped, too,” said Kiracofe.

Despite a struggling economy and other funding challenges, Kiracofe believes the Natural Resource Area’s future looks bright. “We’re getting a lot of good PR,” he said. “We’re happy.” 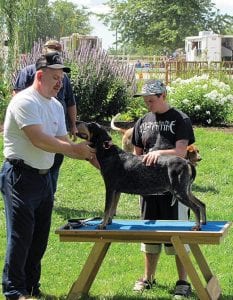 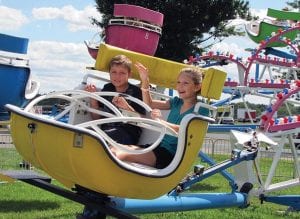 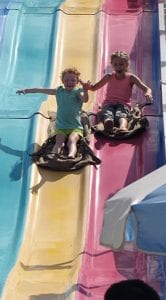 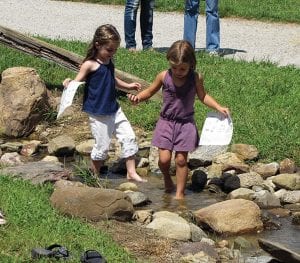 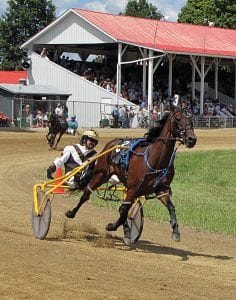 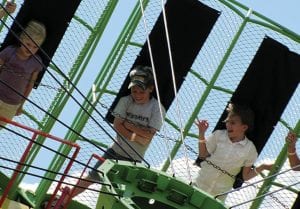