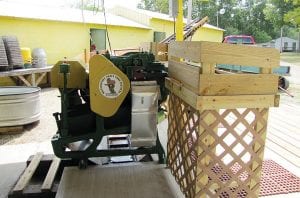 MILLERSPORT – Visitors attending the 66th Annual Sweet Corn Festival in Millersport August 29 through Sept. 1 will see first-hand a marvel of American industry— a 1948 dual lane corn husking machine dubbed “Mr. ‘Ear’ Resistible.” According to a Millersport Lions Club press release, Star Engineering employees in New Lexington, Ohio restored and rebuilt this historic icon during the past year as a corporate contribution to the community.

The Food Machinery Cor poration, Sprague- Sells Division in Hoopston, Ill. built the antique corn husker. It was purchased by either the Esmeralda Canning Factory or the Winorr Canning Company in Circleville to can cream a nd ker nel cor n. Wi nor r purchased the Esmeralda plant in 1958, which the Del Monte Corporation purchased in 1963. Both plants were closed and their contents sold at auction.

Having just acquired property to move the Sweet Corn Festival off the Millersport village streets, the Millersport Lions Club purchased the idle corn husker and transported it from Circleville to its new home at Lions Park, where it has been cleaning more than 100,000 ears of sweet corn every year to lots of satisfied hungry patrons. Due to age, the management of Star Engineering offered to transport the corn husker to New Lexington for a long awaited overhaul after 64 years of operation. 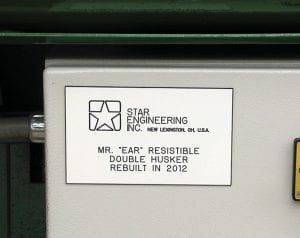 To establish a firm foundation for its return to Millersport Aug. 15, Top Cat Concrete of Buckeye Lake donated all the concrete needed for its next 64 years of operation as a testament to American Technology and craftsmanship. The Millersport Lions Club encourages you to follow the sound of the dinner bell and take a few minutes to stop by the famous corn booth to consume several ears of Ohio grown sweet corn and witness the big green machine back in action. 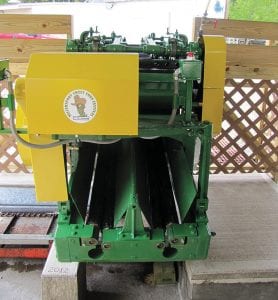 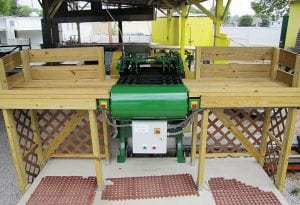 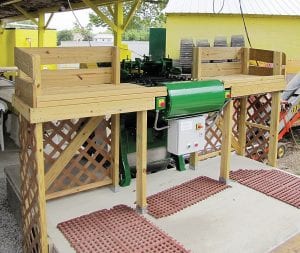