‘Most sacred day in U. S. History’ 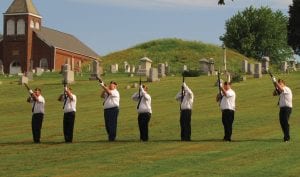 Starting at 6:45 a.m., members conducted brief services in nine cemeteries before returning to Hebron at about 9:15 for a nearly 1/2 mile parade with the Lakewood Marching Lancers, Boy Scouts and Cub Scouts from the Legion Hall on Water Street to the Hebron Cemetery.

Licking County Commissioner and Vietnam War era Army Veteran Duane Flowers returned as the keynote speaker for the ceremony at Hebron Cemetery. He said Memorial Day is the “most sacred day in U.S. history.”

Flowers recounted efforts to construct a Veterans’ Wall at Licking Valley High School so students would not forget fellow students who made the ultimate sacrifice.

Memorial Day parades and ceremonies were also held in Baltimore, Millersport and Thornville. 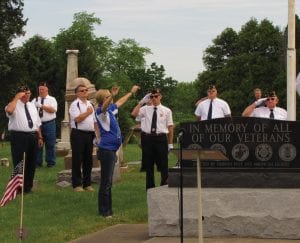 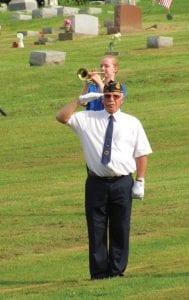 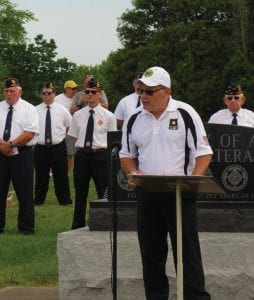