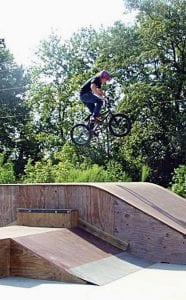 BUCKEYE LAKE – Bikers and skateboarders just got some more air time. A $10,500 Community Development Block Grant from Licking County has funded a miniramp or half pipe. The weeklong construction project was finished August 15. But there is nothing ‘mini’ about it, according to project manager Peggy Wells. The new ramp is 18 feet wide, 35 feet long and 5 feet high.

Some existing ramps have been moved or re-configured to accomodate the new, not so mini ramp. Private donations paid for a new bank-to-bank ramp with a grind box. Cincinnati based designer/builder Suburban Rails estimated its cost at $1,500. Thanks to generous discounts on materials from Ashcraft Machine and Carter Lumber, a ramp twice as large as originally designed was built for about half the cost. Recent cash donations totaled $1,150 including $200 collected by bikers and skaters.

Local youth celebrated the new ramps while fundraising on August 16 by hosting their own demo with an audience of nearly 100. BMX jumps and skills were demonstrated by Cecil Booth, Jimmy Wilson, and Shae Gorham along with Newark residents Jutt Wood, Kyle Thompson and eightyear old Jed Barber.

Parents are encouraged to accompany riders younger than 10 years old to the skate park for their own safety. It’s important that very young children learn how to wait their turn safely and yield to the more advanced riders, especially when they’re in mid-air. With the new ramps, the pace can sometimes go very fast. Future events will feature skateboarding and BMX and stress safe riding skills, respect for other riders and respect for the park.

The 2005 master plan calls for three phases of construction as funds become available. The final phase will require $5,000 in additional funds. To meet this challenge, a new youthbased fundraising effort will start soon throughout Licking County. It’s a recycling program called “Cans for Kids”. Skateboarders and BMXers using the park are encouraged to contact local businesses or school to establish a regular schedule for aluminum can pickup. The cans should be brought to a mobile “Cans for Kids’ truck in a central location and residents can drop off cans at the same site. Times and locations will be announced soon. If your business or family would like to participate in Cans for Kids or a future event at the park, call Peggy Wells at 928-1820. 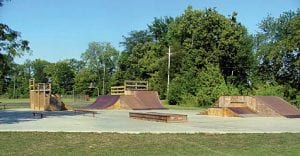 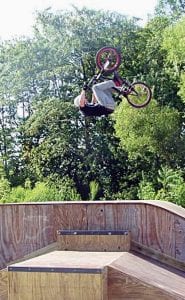 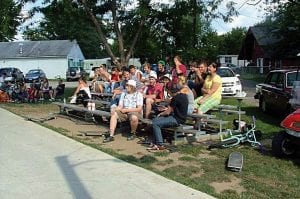 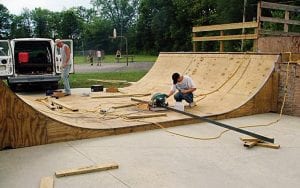 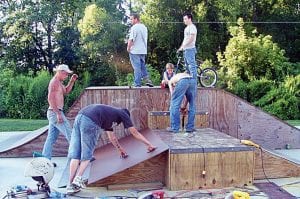 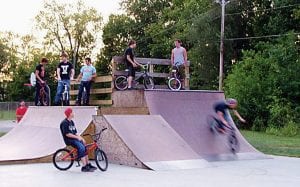 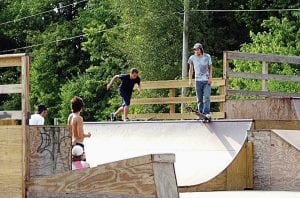