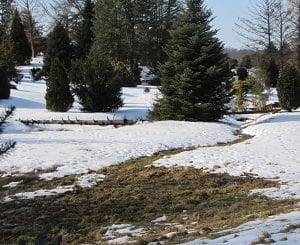 LAKE AREA – It’s safe to assume that the week’s warm spell prompted many Lake Area residents to stare longingly at their lawn mowers. Streams began to thaw and f low, and some vegetation actually peeked from beneath the snow.

According to the Farmer’s Almanac, we may not be able to expect more of the same. It predicts for the Central Ohio area, Feb. 16-23: snow showers, cold; Feb. 24-28: sunny, cold.

However, it predicted this winter would be colder and drier than normal, with below-normal snowfall. The coldest periods would be in December, early January, and early February, with the snowiest periods in early December and early March. Thus far, that’s been less than completely accurate. 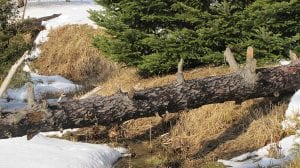 Looking ahead, the almanac predicts April and May will be warmer and drier than normal.

It predicts summer will be hotter and rainier than normal, with the hottest periods in midto late June and early to mid- July. Watch for a tropical rain threat in mid-July.

And, according to the Farmer’s Almanac, September and October will be slightly cooler and drier than normal. 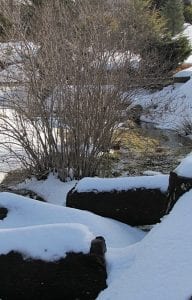