Maybe a name change will help! 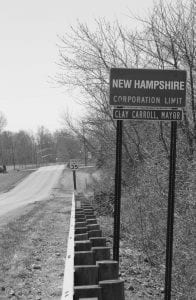 Governor John Kasich made one quick, unannounced visit to Buckeye Lake before he made his fateful March 19 decision to hold the lake’s water level at a hereto unseen ‘winter pool.’ He’s managed to keep at least one promise he made on March 19 – there has been “no debate or negotiation about the height of that lake.”

Kasich also said, “We want to have open discussions. Engineers will be available to the community.” There have been no meaningful ‘open discussions.’ ODNR’s private pledge to reconvene a small working group of residents that had been discussing the dam for several years with ODNR has not been met. In their own words, ODNR will “announce” their decisions and when they damn well please.

Sometimes the announcement comes via bulldozers as it did at the Brooks and Fairfield Beach parks. Heavy equipment just shows up and starts constructing an earthen dewatering pit for dredged material. Static dewatering takes a lot of space and can take three to five years. About one-third of the Fairfield Beach park and most of Brooks Park was lost without discussion or consultation. Is Picnic Point next?

Pledges to move the project quickly have fallen by the wayside. ODNR did get its request for qualifications for the project’s engineering consultant out quickly (March 27). Proposals were due April 10. A promised contract ‘yet this spring’ didn’t materialize. Two weeks ago, ODNR declined to say when the contract will be done, stating, “Once this has become finalized we’ll then announce the selection and scope of services included in the contract.” Three months and counting to simply select the engineering consultant makes the five year estimate look exceedingly optimistic.

A Buckeye Lake resident recently had a chance encounter with Kasich as he returned from one of his now frequent presidential campaign trips. The governor was surprised when asked about Buckeye Lake, but quickly returned to his March 19 talking points. He didn’t mention the well-documented/researched Rizzo report commissioned by the Buckeye Lake community or the dire economic impact analysis completed in May. It appears that Kasich believes he wrapped up Buckeye Lake on March 19 and that’s that.

Kasich made three visits to New Hampshire in June and made his fifth visit to South Carolina on July 8. He’s also visited Georgia, Iowa, Michigan, Nevada, District of Columbia and Tennessee. Maybe changing Buckeye Lake’s name to New Hampshire will prompt Kasich to take a 30-mile trip down the road to Buckeye Lake to see how his directives are working out in the real world.

Businesses are closing, jobs are being lost, property values are falling and economic activity is declining. Maybe he might show some of his trademark temper when he sees that one of the three promised dredges is still trapped in the basin behind the park office. Maybe he might realize that it’s not necessary to destroy Ohio’s first state park before it can be fixed.