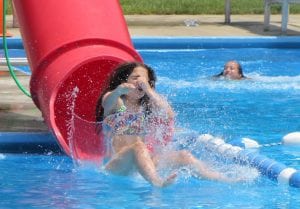 THORNVILLE, MILLERSPORT– Both the Thornville and Millersport public pools are open, and both of the aging pools required quite a lot of work and effort on their respective community’s part to make that happen.

“It looked like on Thursday of last week, it wasn’t going to open,” said Millersport Assistant Fiscal Officer Vince Popo. He said the health inspector pointed out several issues that needed to be addressed before the pool could open, and community members got to work to solve those issues. Popo said the pool suffered some damage during this past brutal winter. “It was going to be ugly,” he said, but community members volunteered their time to repair the pool.

“The Millersport Pool opened on Tuesday, June 3, 2014,” said Popo. “It passed and opened because of the efforts of many people.” He said the following contributors made it possible: Tom Boso, John Wood, Gilbert Arnold, Mike Bergum, Bill Yates, Pete Kramer, Dave Levacy, Mike Stutske, Brandon Long, Chris Stotts and Gary Monroe. “The top of the list is occupied by Lesa Brown and her family,” said Popo. “The pool looks really good.” 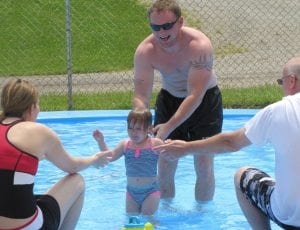 The Thornville Pool held an unpleasant surprise for the village.

“Over Memorial Day weekend we were preparing the pool for opening day when the motor failed,” said Thornville Mayor Gavin Renner, adding that Village Administrator Beth Patrick cut her vacation short to return to the village to deal with the issue. During the May 27 council meeting, members were advised of the situation and authorized Patrick to spend up to $10,000 on repairs.

“I am happy to see that council and the village administrator worked together to resolve the situation. While the amount spent seems like a lot, closing the pool is not in the best interests of the community. Having a village pool provides another opportunity for residents and children to socialize, which builds bonds that foster our community spirit,” said Renner. “Closing the pool, even for a season will make it that much harder to get started again later. The reality of having this resource is that it costs money for maintenance and upkeep.” He said replacing the pool would require a significant amount of money including financial support from village residents. “Making appropriate repairs are more reasonable with available funds and will serve to extend the life of this important resource,” said Renner. 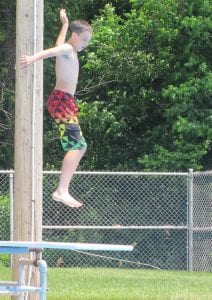 “I believe we started the season with 40 memberships, which is a good number,” said Renner. He said memberships are slightly cheaper for village residents as they pay a parks and recreation levy. Daily walk-ins are also welcome. 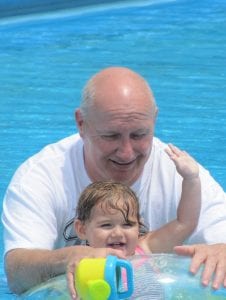 “We do it all for the kids,” said Patrick. “It takes lots of volunteer time.”

The Thornville Pool’s operating hours are Monday – Saturday noon to 7 p.m. and Sunday 1 to 7 p.m. The motor problem delayed the opening from May 30 to June 2.

The pool was established in 1961 through the generous legacy of Doc Hite, a long time resident who was involved in the community, serving on council and as a physician to the community.

In other Thornville news:

• Thornville’s 4th of July parade is Friday, July 4th. Preregistration is not required. Line up for the parade is at Thornville Elementary School for floats. Fire trucks and tractors line up at the water tower. Lineup begins 9 a.m. and the parade starts at 11 a.m. The Thorn Dunker – three on three basketball tournament – tips off in the afternoon on the downtown streets. 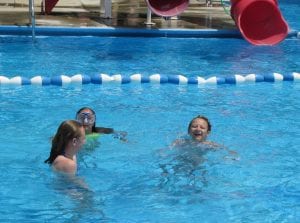 • Renner said the village has also experienced a number of reported vehicle break-ins and incidents of vandalism. The Thornville Police department is i investigating these crimes and is adjusting its patrols appropriately to protect residents.

Residents should contact the Thornville Police Department at 246-5511 to report information about suspects or if they have been the victim of a crime. “The village will charge and prosecute suspects appropriately to the fullest extent of the law, as was done last year when this type of activity occurred,” said Renner. 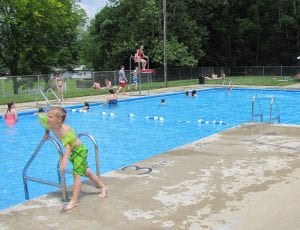