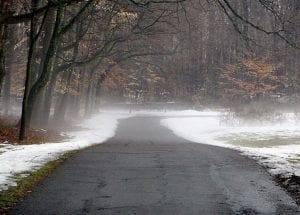 JACKSONTOWN- There wasn’t a sea of green beneath all the ice, but there were definite signs of spring at Dawes Arboretum Tuesday as the Witch Hazel bloomed and even an eager daffodil pushed skyward. Other greenery, bored with winter dormancy, brightened the thawing landscape.

“It gives you something to look at,” said Mike Ecker, director of horticulture. It may seem silly for Witch Hazel to bloom any time between November and March, but Ecker said there’s method to the madness. “If you bloom when nothing else is blooming, the chance of pollination is bigger,” he explained. Plants that bloom in spring when there are billions of insects buzzing about are all competing for the insects’ attention. The Witch Hazel practically has them all to itself. Even in the throes of February, plenty of tiny insects, flies, and an occasional bee visit the yellow blooms. “Insects will find it,” said Ecker.

Witch Hazel isn’t the only early bloomer. Ecker said Snow Bells are the first bulbs to break the surface and wild onion, or ramp, is some of the earliest greenery. Carnelian Cherry Dogwood is one of the first trees to bloom, although it has small yellow flowers, not the large white blooms usually associated with Dogwoods. 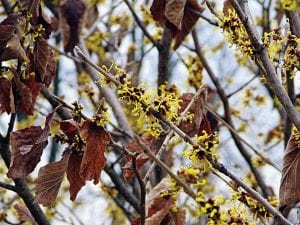 The last several winters have been pretty screwy, said Ecker, with near 60 degree days in Februarymuch earlier than expected. The Witch Hazel opens and closes its blooms in reaction to the variable temperatures. If the warm weather persists, Ecker expects the Witch Hazel to be at full bloom this weekend, although it may be cold.

How the Witch Hazel knows to bloom early is the tough question children often ask Ecker. He can only answer that it’s all in God’s plan. 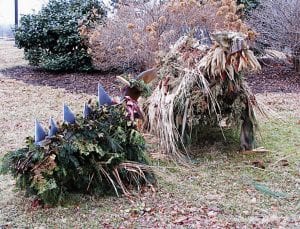 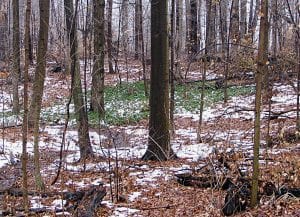 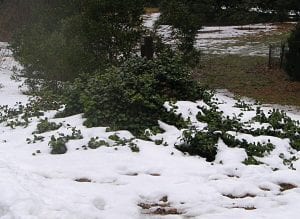 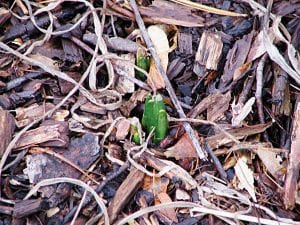