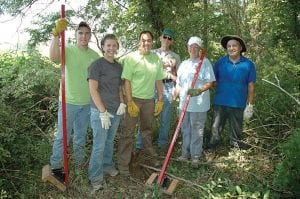 JACKSONTOWN – The Witch Hazel blooming at Dawes Arboretum can only mean one thing—Maple Syrup Madness is coming! With a brand new evaporator and plenty of enthusiasm for the upcoming season, Dawes Arboretum is scrambling to sign up as many volunteers as possible. “It’s a fun event,” said Dawes Volunteer Coordinator Jennilyn Haer. This year, the annual Maple Syrup Madness is Feb. 23 to March 9, and Haer said Dawes would have three shifts of volunteers most days to operate the new evaporator and host the hundreds of people who visit. “We can use as many volunteers as possible,” she said.

Haer said volunteer training is Feb. 22, 1 to 4 p.m. at the Visitors Center, where volunteers will learn the art of maple syrup creation, the history of Dawes, a course on photosynthesis, syruping in general, and how to be a guide. “They’ll learn all the fabulous background,” she said. Volunteers are also treated to a pancake brunch, where they can sample the syrup for themselves. 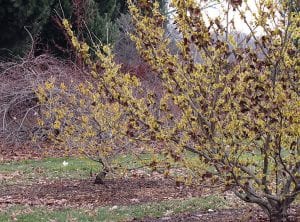 Volunteering opportunities include evaporator operator volunteers, tour guides to explain the art of syruping to guests, and colonial costumed interpreters, who tend a boiling kettle and tell stories, to add realism to Dawes’ maple syrup production.

Haer said many of the volunteers have such a great time during Maple Syrup Madness that they’ll continue to volunteer throughout the year. “Before you know it, it’s spring,” she said. Haer said the arboretum offers many volunteer opportunities, such as the Destroy Alien Weeds Enforcement Squad, or DAWES, herbarium assistants, Discover Center attendants, and the horticulture department is looking for a volunteer to mind the phenology garden, among many other volunteer opportunities.

“Then, there’s the social aspect,” said Haer, adding that volunteering at Dawes is a great way to meet others with shared interests. Some of the volunteer positions meet regularly, and others depend upon the volunteer’s schedule. “We can tailor schedules to volunteers’ needs,” she said. Haer said Dawes is creating a volunteer youth program as well. She said those wanting to volunteer for Maple Syrup Madness should contact her at (740) 323-2355 as soon as possible. “I’m constantly getting calls,” Haer said. 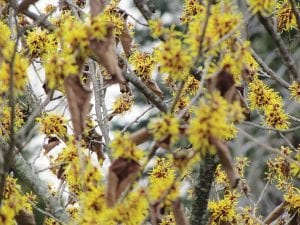 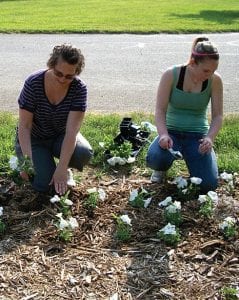 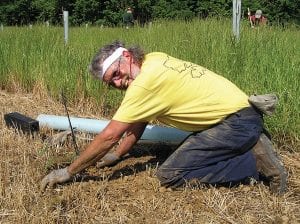 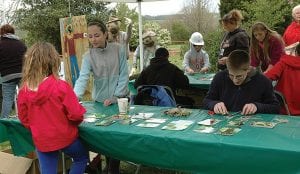 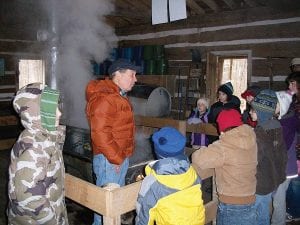