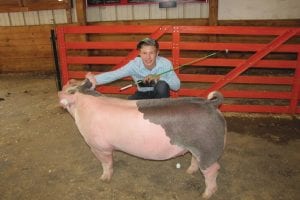 “You have to start from the ground up,” said King, 13, who is a Fairfield Union eighth grader. “If you think that an animal is good, you can change him.” King said Tank, who is six months old and very fond of marshmallows, had all the qualities of an award-winning hog, but nonetheless Tank took plenty of effort to get into shape. King said he walked Tank for half-hour stretches twice per day and fed him show feed.

“He works with (the hog) immediately,” said King’s mother, Tracy. She said her son wins such competitions through sheer effort and devotion to the animal. “His brother (Mitch) won his classes, too,” Tracy King said.

The 166th Fairfield County Fair runs through Saturday, Oct. 15, although sadly, the 100-yearold “ Ladies Grandstand” is gone after burning to the ground last month. 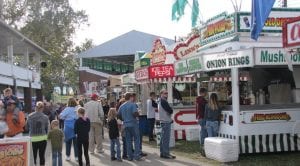 Fairfield County is the last county fairs in the state for the season, but Benson said the October opening makes perfect sense. He explained that produce is at its peak in October and farmers historically have had time to participate in the fair following harvest. So, it’s better to hold the fair in autumn than in the middle of summer, when produce is still growing and those involved in agriculture are extremely busy.. 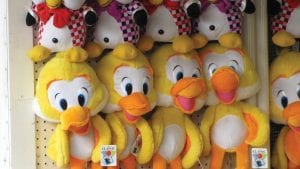 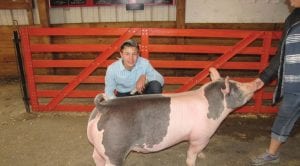 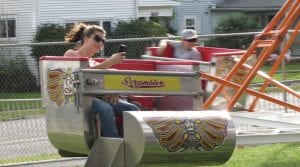