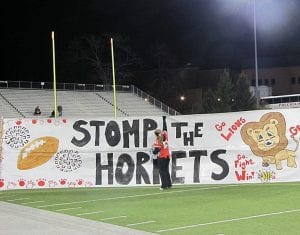 The Hornets were from Kirtland High School in Lake County, about 22 miles east of the City of Cleveland. They are the defending Division V state champions and had won 28 straight games, most by 30+ point margins.

The Hornets took an 8-0 lead in the first 52 seconds. It was 21-0 by the end of the first quarter and 28-0 at halftime. The Lions didn’t have an answer for senior Damon Washington. He alternated between running back and wide receiver, scoring three touchdowns and amassing more rushing yards than the Lions total offense.

The Lions didn’t give up, blocking two point after touchdown kicks and recovering a fumbled punt in the end zone. Officials called it a “muff” rather than “fumble,” deeming it a touchback rather than a Lion touchdown. 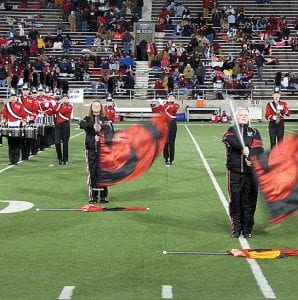 A total of 116 teams competed in Division V this year. The Lions defied expectations, making it to the final four and their second ever trip to the football state tournament. Their excellent season will long be remembered. 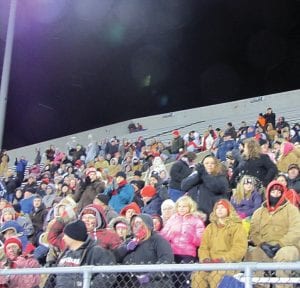