Lighten up: The season is almost over 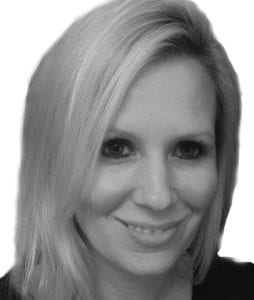 Some guy’s on the couch in the sunroom, watching TV. A dark-haired, flannelshirted, fella.

As I pass through the room – several (hundred) times – with the laundry, the dog, the vacuum, Jimmy Hoffa, I glance at this vaguely familiar man. Whoever he is, I’m not too worried, because he’s transfixed by the television. Also, he’s been there, immobile, for while, just sitting. I am somewhat in awe of this.

I haven’t sat down during the day in my house since the Bush administration. The first one.

After a week or two, I begin to wonder if this individual is breathing. So I head over to inspect…and see that it is, indeed, my spouse, still alive. Only then, with the blaring ESPN, I realize:

No wonder I haven’t seen him much lately. I should maybe watch some games with him.

Yes, from time to time, while the husband watches sports on a nice fall afternoon, I like to bug the heck out of, er, spend some time with him while he watches his favorite sport. It’s no problem – I’m a giver.

And he LOVES this.

Hub: *sigh* “This is Sportscenter. Not a game.”

Me: “That kicker from Ohio State a few years ago. You know who I mean… Ted Nugent.”

Hub: *rubs temples*: “MIKE Nugent. Don’t you have some Facebooking to do?”

Isn’t that nice? How thoughtful of him to think of my hobbies in this manner. I can tell he really wants to spend MORE time with me and share his affection for the cow-skin.

It’s just too bad I don’t know more about football.

So, later in the day, when I pass him with the hamper, I decide to plop down for a minute.

Me: “Huh. But their uniforms are white. They were red last week.”

Hub *closes eyes* *rubs temples harder*: “They played at home last week. They wear red at home. They’re playing away this week, so they’re wearing white. That’s what they do.”

Me: “Huh. Well, how do people keep up with all these outfit changes?”

Again, so considerate! Can you feel the love tonight? I take this as my sign to stick around, keep him company…because clearly, he LOVES this. It’s just too bad I don’t know more about football.

Me: “Toledo?! That’s a lot smaller than OSU. I thought Ohio State was supposed to be good?”

Me: “You know, I was supposed to go to T.J. Maxx with Marjie, but I don’t have any money. That’s O.K., though, I’d rather stay here with you and talk the football…”

Hub: *Head snaps up* “Here!” he says, slouching down to pull out a handful of cash. “Go ahead! Have fun! You never get to go shopping!”