Lighten up: Santa is really a woman 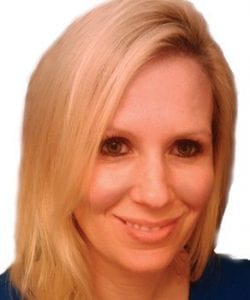 Santa? Yeah…he is a she.

Has to be. Take a look around – there’s no other way to explain it. All around the U.S., women are frantically planning for the holiday season.

I hate to sound sexist. So I’ll just perpetuate a male/female stereotype. This time of year, women cook. We clean. We decorate. We bake cookies for entire school districts. We plan gourmet menus for people we hate.

We deck the freaking halls.

Females stalk sales, surf the web, shop the shops and max out the credit cards. We Blacken Friday.

There is one – and only one – logical reason for this: We are suckas…Sucka Clauses.

Guys? They don’t worry about this stuff. They don’t have to. They have us.

Hold the angry comments – because I know there are exceptions (not many!). But for the most part, women regard Dec. 1 as the beginning of a frantic, stressful emergency.

In fact, the whole season takes my husband by surprise.

On December 15: “What? You want to get a Christmas tree? Already?”

And my personal favorite, on December 24: “What do you want for Christmas, dear? It’s time for me to start shopping…”

Of course, my holiday shopping began in December, too. December of last year.

Purchasing presents ranks as the only holiday activity I enjoy. That’s because it’s the one time of year that I can spend many thousands of dollars! Virtually guilt-free! Because it’s for others! Mostly. Except for those boots (and that Ipod…and…)

So as not to cause the husband’s first heart attack (yet), I usually try to space out giftbuying over several paychecks. I don’t always succeed, though, judging by our recent conversation:

“Holy s%#^!” he said, looking at the checkbook register.

“I know,” I said. “But I had to start shopping so the stuff gets shipped on time.”

“Stuff for the kids…the grandmas… And I’m not even close to done yet, so stop complaining,” I said.

“You think this stuff just magically appears under the tree, don’t you?” I said.

“Don’t Santa and the elves bring it?” he said.

“Santa, the elves and her checkbook are beat,” I said. “Now, hand them all beer, would ya?”

Dawn Weber is a Brownsville
wife and working mother of two
pre-teens. She blogs at http://
www.lightenupweber.blogspot.
com