Lighten Up: In sickness and health 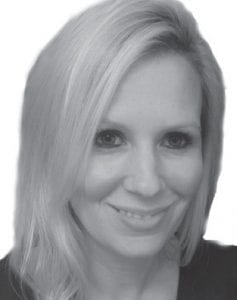 When my husband is ill, I always make sure I rush to his side and express lots of love and concern.

“What’s wrong with you? Why are you napping AGAIN? “ I said.

“You have ANOTHER headache?” I said.

“Hmmm…” I said. “What are you doing? Writing this down? You’re going to write a column about this, aren’t you? I’m glad I can be a source of humor for you,” he said.

“Yeah. You know, I wish I had your headaches. I want to nap as much as you do,” he said.

We support each other in sickness, and in health, just like this, all the time. He’s tossing and turning with illness and fever? I promptly leave. That way he can have the bed to himself. I’m face-forward over the toilet? He chivalrously closes the door, so my noises don’t disturb him.

Can’t you just feel the love?

Also, each of us is quite concerned about the other’s hearing. He thinks I can’t hear. But I KNOW he can’t hear. Especially anything I have to say.

“I can hear. You just don’t SPEAK loudly enough,” he says.

Unfortunately, this hearing thing has gotten out of hand, and my mother is in on it, too. Like my husband, she claims my ears are shot. On and on these two went, about my hearing.

I got tired of not listening to their babble, so I finally went to an audiologist and got my ears checked.

Guess what? Turns out, my hearing is normal.

Has it occurred to those two that, maybe, just perhaps, I don’t WANT to hear what either one of them has to say?

But I’ll never know the exact extent of my husband’s hearing loss, or any of his health-care issues for that matter, because he flatly refuses to go to the doctor.

The man could be on the floor, bleeding from the ears, nose, mouth and belly button. He would still manage to gurgle :

His refusal to seek medical attention means I have to ‘play doctor’ for him. This is not the naughty couple’s game he wishes for, but rather a convenient chance for me to nag the crap out of, er, I mean, give him lots of healthy advice, such as:

-”Animal flesh is not a vegetable!”

-”You’ll be golfing all day. For nut’s sake, wear some sunscreen! I am not changing your adult diapers when you get skin cancer, mister…”

-”Could you please eat something that didn’t once have eyes?”

-”You don’t have to finish the kids’ chicken nuggets. You are not the garbage man.”

-”Beer hops are not vegetables! Nice try. No wonder you get headaches.”

As you can see, I am full of… important medical guidance. And stuff.

Occasionally, he tries to play doctor with me, offering his dubious healthy suggestions.

But for some reason? I can’t hear him.

Dawn Weber is a Brownsville
wife and working mother of two
pre-teens. She blogs at http://
www.lightenupweber.blogspot.
com.