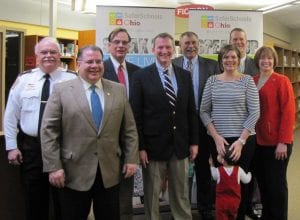 BALTIMORE –Within two hours of signing the Liberty Union-Thurston School District on to the State of Ohio’s new Tip Line for Safe Schools program, Superintendent Todd Osborne received a call. “I thought, ‘Man, that was fast,’” he said, but it was a representative from the Ohio Department of Education telling Osborn that his district was the first to sign up for the new program.

According to the Ohio Department of Education, the tip line is a new safety resource is available to Ohio Schools that could prevent and alert local law enforcement to a school safety crisis. This resource – an anonymous tip line – is available free of charge to every school district and school in Ohio . 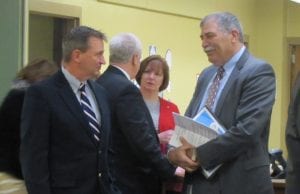 This tip line allows students and adults to anonymously share information with school officials and law enforcement about threats to student safety—whether that involves a threatened mass incident or harm to a single student.

“The safety of our boys and girls remains the top priority of our schools,” said Ross. “The SaferOH tip line provides another resource for schools and school districts in their continuing efforts to provide a safe and secure educational environment.”

Research shows that in 81 percent of violent incidents in U.S. schools, someone other than the attacker knew something was occurring or was about to occur but failed to report it. Typically, that’s because the person who knew something feared being a ‘snitch’ or becoming the target of the attacker or bully as well. 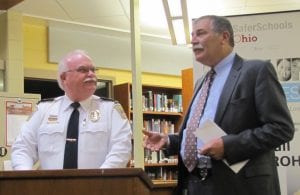 Every tip can remain anonymous.

School safety analysts may ask for additional information, but the caller can remain secret or leave his or her contact information for later follow-up.

“Nothing is more important than keeping our children safe,” said Born. “This tip line is another tool, to fill the gap in areas where no (tip) line exists, that will allow children, parents and teachers to contribute to the safety of their schools.”

Calls or texts to 844-SaferOH (844-723-3764) are answered by analysts in the Ohio Homeland Security’s Threat Assessment and Prevention (TAP) Unit. When action is needed, the TAP Unit immediately forwards information to local school officials, local law enforcement agencies and others, if necessary. 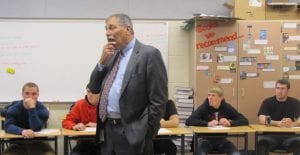 TAP Unit analysts always follow up quickly with the affected school and law enforcement agencies to make sure that the incident is investigated, action is taken and the outcome is tracked.

The assurance that their calls or texts cannot be traced and that serious, proper action will be taken to end the threat is helping to persuade young people to take a stand against school violence.

“It’s a program that every superintendent wants to have in their pocket, but it’s one they never want to use,” Osborn said.

If students aren’t safe, Ross said, quality of education is a moot point. He said the tip line isn’t reserved for anything specific. Students may call it to report an impending catastrophe, or if they feel personally threatened from bullying or physical violence.

Ross said the programs analysts can quickly discern legitimate calls from hoaxes. He said response is immediate, particularly in instances of imminent violence. Ross said other districts have their own tip lines, but they are staffed with people who don’t have nearly the training of those who answer the SaferOH tip line. 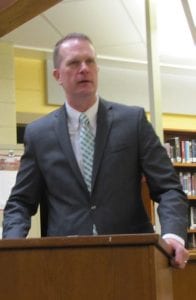 “We sometimes forget that all of you will be taking our positions,” said Baltimore Police Chief Michael Tussey to the students attending the Wednesday morning event, adding that they should never have to worry about fear or intimidation while attending school. “This opens so many doors,” Tussey said, “not just for law enforcement, but for everyone.”

Ross said the anonymity factor is extremely important because it creates a connection for students who may otherwise be uncomfortable speaking to a school official in person. “It really allows more ease in making calls,” he said. Following the presentation, Ross toured several Liberty Union High School classrooms and spoke with teachers and students. 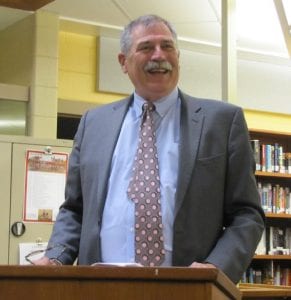 Osborn said as soon as he was aware of the new tip line he didn’t hesitate to sign up Liberty Union for the program. “Why wouldn’t we?” he said. “If something ever goes wrong, we’ll be there.” 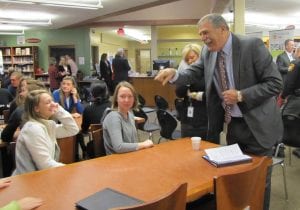 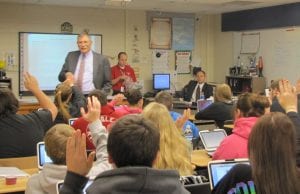