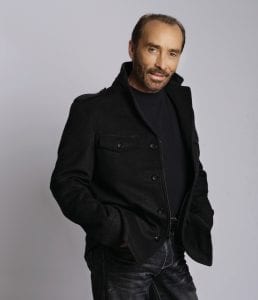 MILLERSPORT – The Sweet Corn Festival will be a homecoming of sorts for country music icon Lee Greenwood. The “God Bless the USA” singer performs at 8:30 p.m. on Friday, Sept. 2.

“I enjoy being in Ohio,” Greenwood told The Beacon Wednesday. He said he lived and performed in Columbus for several years. His wife, Kimberly, a former Miss Tennessee, was born in Akron. “It’s great to be back and see all these places I’m familiar with,” Greenwood said.

Greenwood, who has sung to crowds exceeding 200,000 people for special events, is looking forward to performing for a more intimate crowd at the festival where his goal is for the audience to interact with him and really relate to his performance. “I expect it to be a happy event,” he said.

Touring in support of his latest album “I Want to be in Your World,” Greenwood said the rigors of travel haven’t changed much from 30 years ago when he would play roughly 300 shows annually. “Travel’s a little harder on me as I get older,” he said. Greenwood said he actually prefers to travel by tour bus, as opposed to flying, because he can sleep more.

It’s tough, he said, to wrap up a show at one or two o’clock in the morning, only to be at the nearest airport by six a.m. to board several flights to that evening’s show. Of course, fans wanting autographs and selfies commonly recognize him in the airport. “Everyone expects you to be wonderful,” he said, even though he may not have had a chance to shower since he was performing only hours before. Although Greenwood obviously appreciates and thanks his fans, maintaining cheeriness at all times can be a challenge, as it would be for anyone. “I could do without flights,” he said.

Greenwood said the television show “Nashville” fairly accurately portrayed country stars’ lives, although it didn’t reflect all the time spent in tour buses and, “Except for all the sex,” he said. “That just doesn’t happen.”

Greenwood tries to make the best use of his time on tour buses by writing. In fact, he wrote “God Bless the USA” while traveling. “USA is the song I always felt I needed to write. I wanted to have something that would unite Americans from coast to coast, and I wanted to instill pride back into our country,” Greenwood said.

He said there was no singular event in his life that inspired the song, but it was rather a culmination of all the cities he’d visited touring, all his life experiences, and an understanding of American culture. Surprisingly, Greenwood said he never wrote “USA” with the intention of creating a hit song. “It was just another song I’d written on the bus,” he said. “It’s just for love of my country. It wasn’t planned to change my career.”

The song has been in the top five on the country singles charts three times (1991, 2001 and 2003), giving it the distinction of being the only song in any genre of music to achieve that feat.

“God Bless the USA” is only one piece of Greenwood’s incredible career. He’s recorded seven #1 songs and 25 charted singles, including, “It Turns Me Inside Out,” “Ring On Her Finger Time on Her Hands,” “She’s Lyin’,” “I don’t Mind the Thorns if You’re the Rose,” “Dixie Road,” “Somebody’s Gonna Love You,” “Going, Going, Gone,” “You Got A Good Love Comin’,” “Fools Gold,” and “Mornin’ Ride.” His several cross over hits include, “Touch & Go Crazy,” “IOU,” and the duet with Barbara Mandrell, “To Me.” An additional duet with Suzie Boggus, “Hopelessly Yours,” was nominated for a Grammy. The CD “American Patriot,” recorded and released in 1992, went Platinum in three months.

Greenwood has won numerous industry awards including, Male Vocalist of the year for the Academy of Country Music in 1983, two Male Vocalist of the Year awards from the Country Music Association, 1983 and 1984 and a Grammy for Top Male Vocal Performance in 1985 for “I.O.U.” He also won CMA Song of the Year in 1985 for writing “God Bless the USA,” which has been voted the most recognizable patriotic song in America. The singer knows firsthand what it’s like to have loved ones fighting for the freedom of all Americans as his father served in the Navy and the Merchant Marine in World War II. “USA” is now part of the film for Homeland Security shown when swearing in new citizens to the United States.

Despite “USA’s” success, it’s not always his favorite song to perform during a show. “I have 36 albums to draw from,” he said. “It depends on the crowd.” Greenwood said if he’s playing to a rowdier audience, the song that gets the audience most excited is his favorite song that night. “The bigger the crowd the less ballads you do,” he said. But, there are nights when ending the performance with “USA” creates an amazing emotional peak. “Then, ‘USA’ would naturally be my favorite,” Greenwood said.

Greenwood continues to tour across the country and performs for many charitable events, lending his time and name to many organizations including Helping A Hero, of which he is the National Ambassador. Helping a Hero provides specially adapted homes for wounded warriors and their families.

Greenwood has also achieved success as an author, penning the politically charged book, “Does God Still Bless the USA: A Plea for a Better America,” which was published in 2012. His latest, a children’s illustrated book, was released Memorial Day Weekend 2015 and is called “Proud To Be An American, written to the lyrics of “God Bless The U.S.A,” and fully-illustrated with colorful pictures by Amanda Sekulow, the hardback book serves to encourage patriotism among our nation’s younger generation. It debuted at #1 on three Amazon children’s book charts the week of its release.