Three of the four state-semi final games scheduled for Thursday, May 30, at Akron Firestone Stadium were completed in spite of an early morning forecast of rain throughout most of the day. By late morning, the forecast was scaled back to  a just 40 percent chance at 6 p.m. Lakewood’s game was scheduled for 5:30 p.m. The Lady Lancers, designated the visiting team, came to bat first.

With one out and a 2-2 count, Mckayla Malone hit a stand-up triple to deep right field. After Tigan Braskie was intentionally walked, Taylor Saling hit the ball hard back at the pitcher. Malone scored on the pitcher’s throw to home.

The Lady Wildcats tied the score 1 -1 in the bottom of the first inning after a runner on first scored on Shelby Fortune’s double. Pitcher Katie Chittum ended the scoring threat with a strike-out.

The lights came on for the second inning as the sky darken. Emily Wallace lead-off for Lakewood and reached second on an errant throw by the pitcher to first base. The 40 percent 6 p.m. rain forecast turned out to be a 100 percent downpour at 5:50 p.m. The heavy rain lasted about 20 minutes with standing water covering most of the infield and outfield. The game was suspended until 10 a.m. Friday morning.

On Friday, Lakewood had a 4 -1 lead going into the top of the fifth inning and held on for a 4-3 victory. 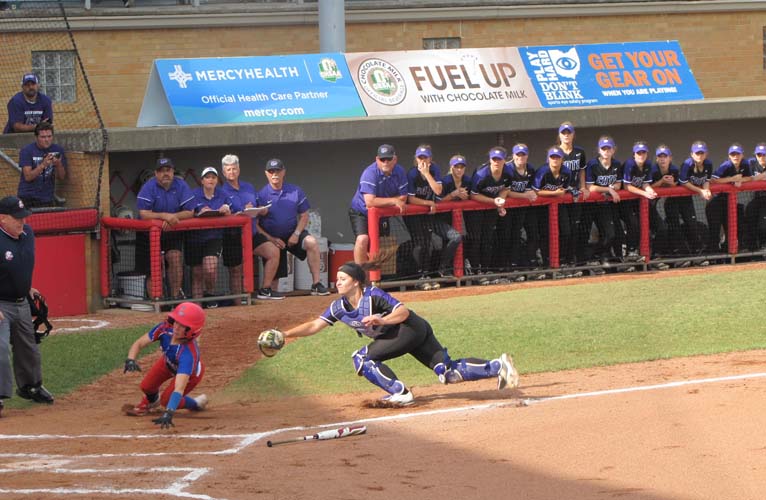 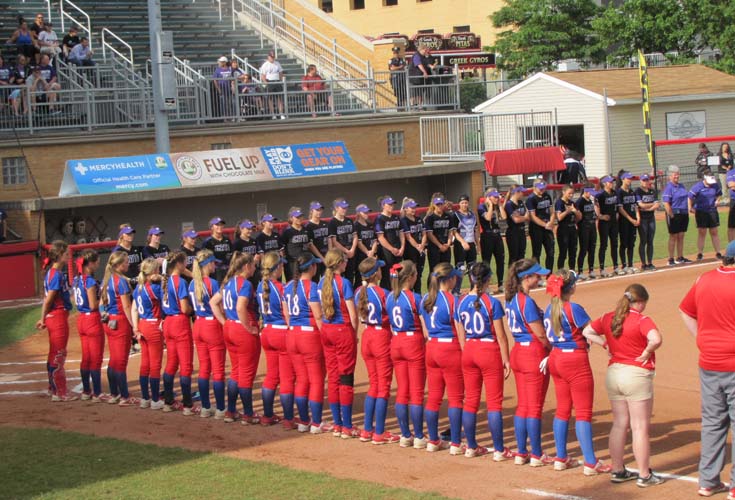 It still looked like the forecasted rain might hold off when the teams were introduced before Lakewood’s state semi-final with LaGrange Keystone Thursday afternoon. 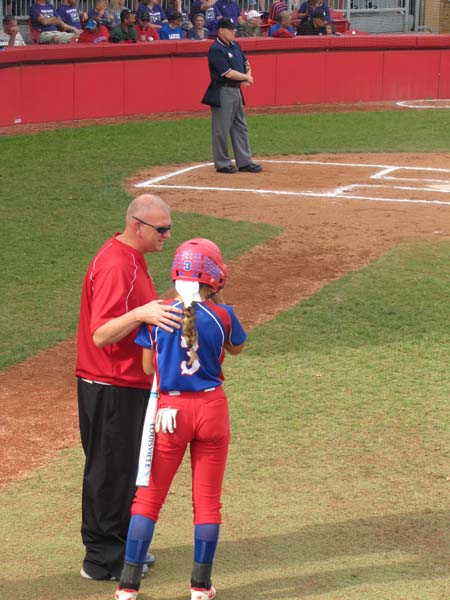 Lakewood head coach Jon Griffith, who has led the Lady Lancers to the state final in his second year, talks with lead-off batter Dylan Cunningham as the game begins Thursday.