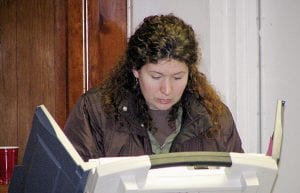 NEWARK- weather didn’t hold down the turnout for Tuesday’s primary election. Just over half of Licking County’s registered voters made it to the polls.

An anticipated battle between former six-term sheriff Gerry Billy and his hand-picked successor Randy Thorp failed to materialize. Thorp trounced his former boss by 16,380 to 4,662 margin. Ken Oswalt will keep his position as county prosecutor. He was appointed to the post last year when long-time prosecutor Robert Becker stepped down. Oswalt turned back a challenge from Jody Richter for the Republican nomination by a 12,674 to 5,627 vote. Both Oswalt and Thorp essentially won four year terms Tuesday since they won’t face a Democratic candidate in November. Three Republicans – Treasurer Michael Smith, County Engineer Tim Lollo and Coroner Robert P. Raker – didn’t have any opponents Tuesday and won’t face a Democrat in November.

County Commissioner Tim Bubb easily turned back a challenge from Dan Gartner for the Republican nomination for his seat. Bubb will face Doug Moreland of Granville in November. Moreland defeated Lester A. Grennell of Utica for the Democratic nomination. The real battle for county commissioner was for the seat vacated by Marcia Phelps after she was elected Municipal Court Clerk in November. Harrison Township Trustee Mark Van Buren was appointed to replace Phelps and he won the Democratic nomination over four other candidates with 51.7 percent of the vote. His closest competitor was Billie R. Allen with 21.51 percent.

Van Buren will face Brad Feightner in November. Ironically, Phelps defeated Feightner for the clerk’s post. Feightner won the Republican nomination with 34.13 percent of the votes, followed by Doug Joseph with 30.88 percent and Union Township resident Rick Black with 21.16 percent.

Fred Dailey won the four-way race for the Republican nomination to face incumbent Zack Space for the U. S. House of Representatives 18th District seat. Dailey had 39.13 percent of the votes district-wide to 30.9 percent for Jeannette Moll, 22.34 percent for Paul Phillips and 7.63 percent for Newark’s Beau Bromberg.

It appears, based on unofficialresults, that just two of the Licking County school levies were approved Tuesday. Lakewood voters approved the five-year renewal of a 5.8 mill emergency levy by a 2,585 to 2,281 vote. Voters had turned down the renewal in November, along with a proposal for a one percent earned income tax.

"That was big (the renewal) for our district," Superintendent Jay Gault told The Beacon Wednesday. "First of all, I want to thank the Lakewood community for supporting us." Renewal allows the district to stay on track with its academic improvements.

"This buys us time for two years," Gault explained. Lakewood will need new money in two years or will be forced to make significantcuts. "We decided this time to take one step at a time," he added.

Buckeye Lake Village voters rejected a new 2.5 mill levy for the police department. The levy, that would have raised an additional $110,819 a year, was turned down by a convincing 409-264 vote. Village officials planned to use the new taxes to give officersa reaise and to reduce the contribution from the village’s general fund to the department.

County voters rejected a small 0.3 mill bond levy to build new senior citizen centers in Newark and Pataskala by a 26,601 to 24,348 vote. Some concerns had been raised about the possibility that the cost to operate the new facilities could reduce funds currently provided to smaller senior citizen groups throughout the county.