Lakers Get It Done! 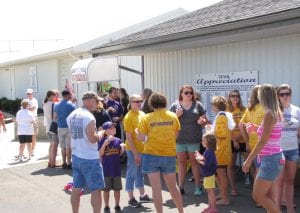 MILLERSPORT – A Walnut Township school levy didn’t exactly pass by a landslide during Tuesday’s special election, but Walnut Township Schools Superintendent Randy Cotner will take the victory just the same. “It was close, but we got it,” he said.

“There was just a different feel during the campaign,” Cotner said. “We were cautiously optimistic.”

According to the Fairfield County Auditor’s office, the levy will cost homeowners $245 per year per $100,000 home valuation, and it will raise roughly $1 million annually. Levy passage saves the district from going into fiscal watch. 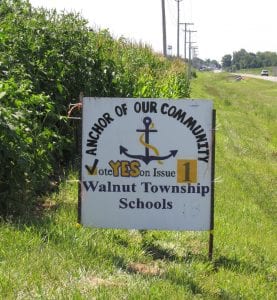 In May, a seven-mill levy failed by a 586-484 vote. Last November, voters rejected an 8.8 mill levy by a 970-691 vote. That prompted two rounds of cuts. In December, school board members cut bussing to one route transporting only K-8 students effective January 5. That cut expenses by approximately $40,000 for the rest of the school year. That cut combined with another $37,000 savings from not filling a vacant central office secretarial position and a onetime transfer of funds from the food service fund to the general fund was enough to erase a projected June 30, 2015 deficit. State law does not allow school districts to end a fiscal (June 30) with a deficit.

A projected nearly $1 million deficit in the second year (ending June 30, 2016), prompted a much more extensive round of cuts early this year. Cotner’s proposed cuts included eight teaching positions, two custodians, and the elimination of all extra-curricular activities and transportation. Busschool sing was still limited to K-8.

After considerable discussion, board members opted to accept six of the eight recommended teaching cuts, saving the elementary physical education and instrumental music teachers. The eliminated positions were family and consumer science (teacher retired), junior high/high school language arts, junior high/high social studies, elementary technology, foreign language and elementary librarian. Board members decided not to replace a junior high math teacher after the teacher decided to resign at the end of the school year. Board members also declined to eliminate all extra-curricular activities instead cutting all administrative contracts by five days and reaching an agreement with the teachers’ union for a one-year wage freeze without any step increases. 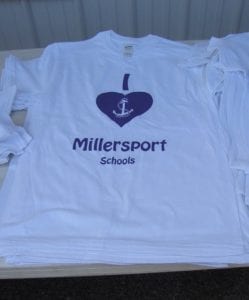 “Thank you to the voters who supported this levy,” Cotner said, also thanking those who worked hard to promote the levy. He said the district would need to continue to be very frugal with its income, but levy passage comes as a big relief. Cotner said the district would not be able to rehire laid off staff members – the cuts will remain in place- but high school busing will return this school year.

Cotner said he believes since the new school year is only weeks away, kids were beginning to talk with their parents about the changes in the school and the importance of its funding, and parents were talking to each other about the district’s financial woes. Also, he said, district’s campaign committee aggressively promoted the levy. “I think there was more awareness that if the levy didn’t pass, opportunities would be lost. Whatever it was, it worked,” said Cotner, “and we’re very happy.” 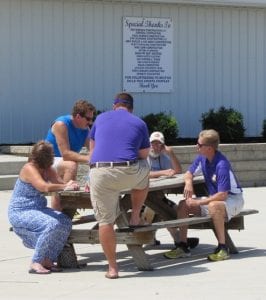 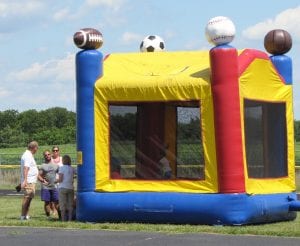 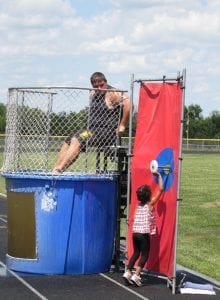